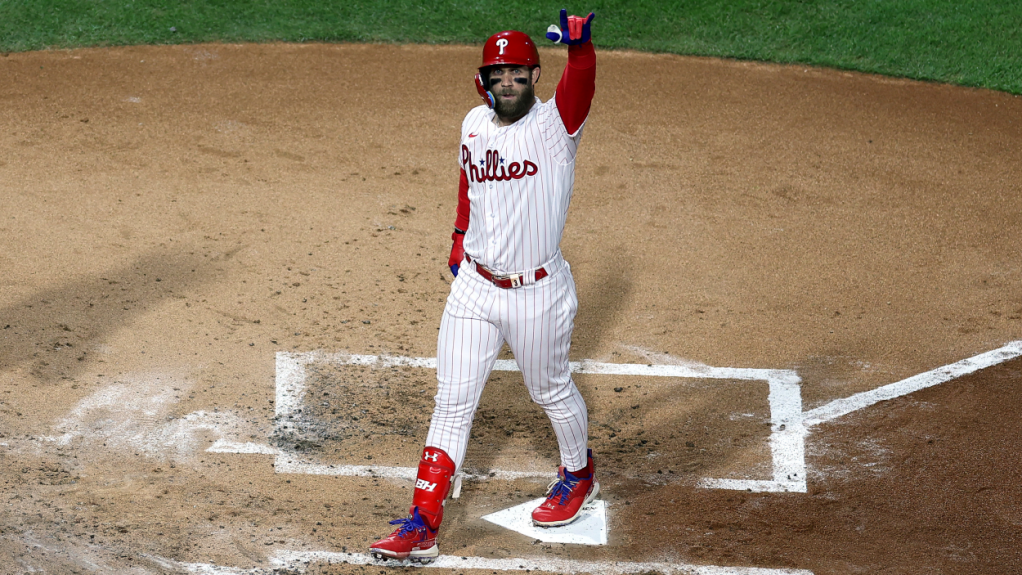 The city of Philadelphia was electric on Tuesday night after a 7-0 win over the Houston Astros in Game 3 of the World Series. Phillies players hit 5 home runs off Astros starting pitcher Lance McCullers Jr. who stayed in the game for 4.1 innings and surrendered all 7 earned runs.

Bryce Harper hit a home run off Lance McCullers Jr. in the first inning and immediately after there were rumors online that the Astros starting pitcher was tipping his pitches. For the uninitiated, ‘tipping pitches’ means something in the pitcher’s mechanics and routine signals which pitch he is about to throw. There were also unfounded rumors of an ‘earthquake’ in Philadelphia caused by celebrations…

Here is a video that was widely circulated. It shows Bryce Harper in the dugout sharing a discrete message right after he hit the home run and made it back to the dugout:

Some speculate that it was something in the ‘pitch selection’ plan that Bryce Harper deciphered. But others dug deeper and found pictures like this. Look at the distance between Lance McCullers Jr’s glove and his hat between the two pitches:

There's a little difference when he raises his glove, you can tell by the space in between his head and glove using the O on the sign pic.twitter.com/tQXxXSIsb0

You’ll also notice his knee was coming up to different heights across the two pitches.

A lot of people are saying it’s karma for the Astros’ past transgressions:

It’s possible Bryce Harper saw something the rest of us didn’t:

There are a ton of things that could be seen from the front and not the rear camera. A lot of times it's arm or hand movements when the pitcher goes to grip the ball.

Many are saying this is the definitive look at ‘tipping’ and that’s what Lance McCullers Jr. was doing in the WORLD SERIES of all places: