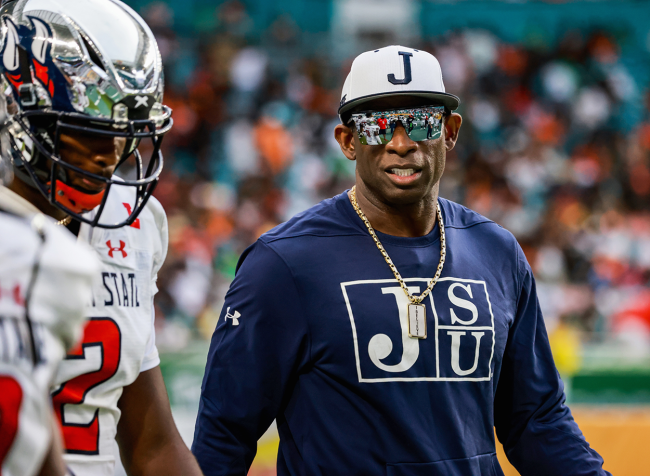 Music mogul Sean Combs turned the BET Awards into a massive night for Jackson State and Howard football. The man better known as ‘Diddy’ pledged $1 million to both schools on national television.

Flanked by Kenneth ‘Babyface’ Edmonds and Kanye West, Combs shared that he plans to give each school the significant sum of money while accepting an award on stage.

Speaking to the crowd at the Black Entertainment Television Awards, Diddy said that he wants Black athletes to play for Historically Black Colleges and Universities. That was the reason for his donation.

“I want to donate a million dollars to Howard University. Also I’m gonna drop another million dollars on Deion Sanders and Jackson State, because we should play for us. Thank you everyone from the bottom of my heart, I love y’all — peace.”

Diddy has ties to Howard. He attended the university in the late 1980s before dropping out and becoming an intern at Uptown Records.

Despite never graduating, Combs has returned to the school in Washington D.C. on multiple occasions, even giving a commencement address in 2014. Now he’s giving back.

As for Jackson State— and Deion Sanders in particular— Diddy’s pledge likely stems from the recognization he has brought to HBCU programs. In just his second season as head coach last fall, Coach Prime led the Tigers to their best record in program history and won the SWAC. He has consistently landed top talents through the transfer portal and recruiting, and even received a commitment from Travis Hunter, the No. 1 overall prospect in the Class of 2022.

His son’s reaction to Diddy’s announcement is special: