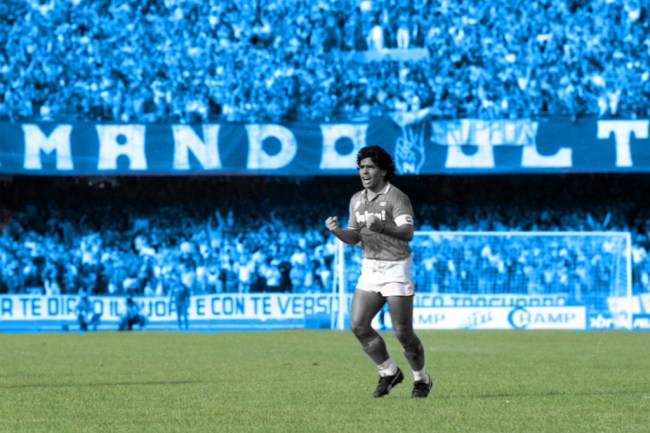 Diego Maradona — widely considered to be one of, if not the greatest soccer player of all-time — has passed away at the age of 60-years-old.

Whether you’re a soccer fan or not, the description of Diego Maradona remains the same: he was a tornado, in both football and life. Awe-inspiring in his destructive capabilities, Maradona would tear through all-comers on the pitch before tearing down his own life off it. The only thing that stops a tornado is the tornado itself. No mere mortal even considers standing in the way — they merely cling on to safety for dear life, praying there’s something left after the storm has passed. The only thing that could’ve ever stopped Diego Maradona was Diego Maradona.

When you’re carrying the hopes of millions, are you even allowed to stop? It’s difficult to contextualize the sort of icon that Maradona was to both the Argentines and the Napolese as the United States doesn’t really have a singular sport that occupies the hearts and souls of the entire nation. American* football is beloved by the majority of this country, no doubt about it, but there is no United States Men’s Football Team, competing in a World Cup against the rest of the world’s countries. There is no singular uniform that our nation’s best don as they compete to stake the claim that America is the world’s greatest at this game. Tom Brady’s never captained the United States against Ireland. 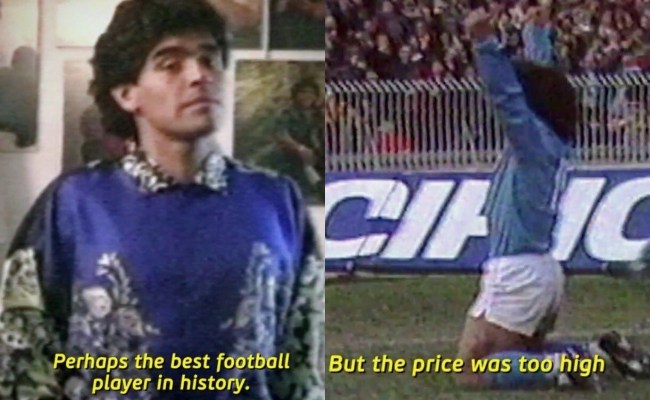 If football is a religion, Maradona was their god, carrying the hopes and dreams of millions upon millions of people every time he put on the light blue of both his club and country. But far more burdensome than the weight of his people were the pressure of his own demons, following him everywhere he went, sitting on his shoulder every waking moment.

As Maradona himself once said, “when you’re on the pitch, life goes away, problems go away, everything goes away. ” He went to the place where he shouldered the dreams of civilizations rather than the demons of one. It was under the blaring lights and in front of the raucous fans that Maradona felt most at home. It was Maradona the legend, not Maradona the person, that he most wanted to be, as the echoing screams of thousands of fans felt far quieter than the whispers in his own mind.

Diego Maradona has passed away at 60 years old at his home in Argentina.

He never failed to entertain and always brought a smile to everyone’s face 🙏pic.twitter.com/Nz4UbXpThL