Dion Waiters Reveals That NBA Twitter Shaming Him Over His Weight Made Him Depressed, So He Got Shredded This Offseason 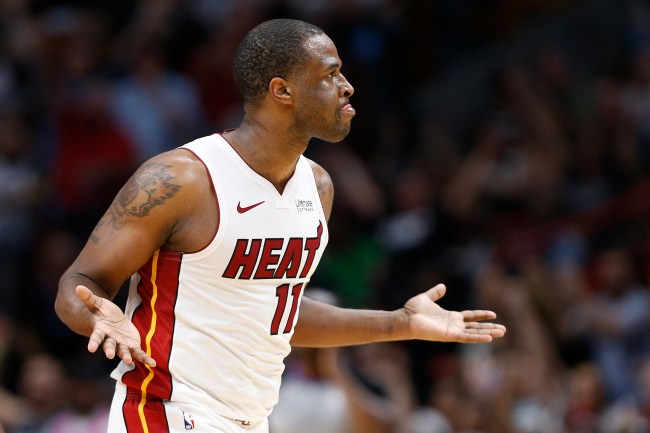 Professional athletes have feelings too. Kevin Durant would never have created burner accounts if Billy Fortnite from Lincoln Middle School didn’t insult his motives for joining a dynasty. Dion Waiters is no different.

The Miami Heat shooting guard has struggled to keep his weight in check after coming back from a season-ending ankle injury in 2017.

Fat-shaming NBA players who are expected to be the most conditioned athletes in the world is something the internet does ruthlessly and without reservation.

Dion Waiters your fat ass is getting shipped to Minnesota, I need to think this into existence.

Welp, a lot of people are going to feel like total pricks after the fourth overall pick in the 2012 Draft posted an Instagram message revealing how the weight critics affected his state of mind. He also looks to be in the best shape of his life after seemingly making a full recovery from ankle surgery in 2018.

Last year when I came off 1 of the most depressing & frustrating times of my life. Coming off injury & not feeling like myself nor looking like myself I was in a dark place mentally & physically , Because the game I love so much was taken away due to season ending surgery. Now a days with this social media ran world they laughed at me made jokes etc not knowing what I was battling or going through everyday. So instead of me joining the circus I told myself you from (Philly) you’ve been through worst shit in your life than this. So I promise myself I would work my ass off & get back to where I was before the injury. I’m not done yet but I kno somebody in the world prolli needed to hear this. Stay positive block out the outside noise & grind. #Philly🧀
#stayTune

Waiters is coming off a season in which he played 44 games, averaging 12 points a contest. It remains to be seen how his primed conditioning will affect his play going forward.