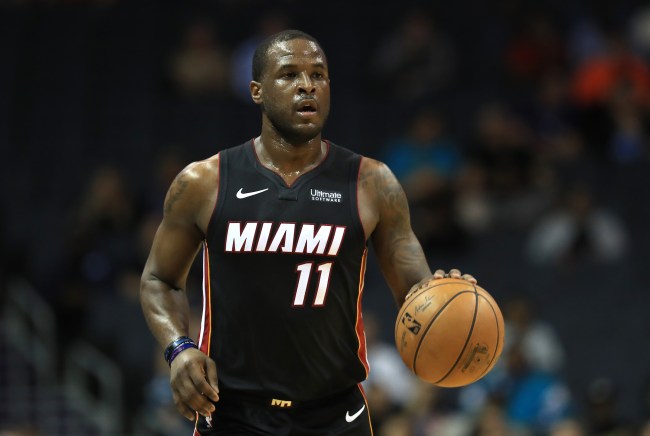 It’s early in the season but Dion Waiters has had a tumultuous two weeks with the team.

Over the weekend Waiters, who was previously suspended by the team during the preseason for conduct detrimental to the team, reportedly had a medical emergency on the team plane that involved “gummies”.

While it was initially reported as an “overdose” Waiters’ medical emergency was later revealed to be a “panic attack” due to consuming a THC edible.

Waiters received medical treatment after the plane landed in Los Angeles following the Heat’s victory over the Phoenix Suns. Waiters was listed as out for Friday’s game against the Lakers because of illness and did not attend the game.

Waiters has now been suspended 10 games by the Heat over the incident.

Apparently, the team believes Waiters was given the gummy by a teammate but he refuses to snitch.

The Heat believe Waiters was given the “gummy” by a teammate, but Waiters has been reluctant and has decided not to say who provided it, sources tell @TheAthleticNBA @Stadium. Waiters has had a tumultuous series of events with Miami this season.

There have been a number of instances this season in which Dion has engaged in conduct detrimental to the team. Accordingly, he will be suspended without pay for 10 games, including the Lakers game last Friday, and will be eligible to return after the Warriors game on November 29