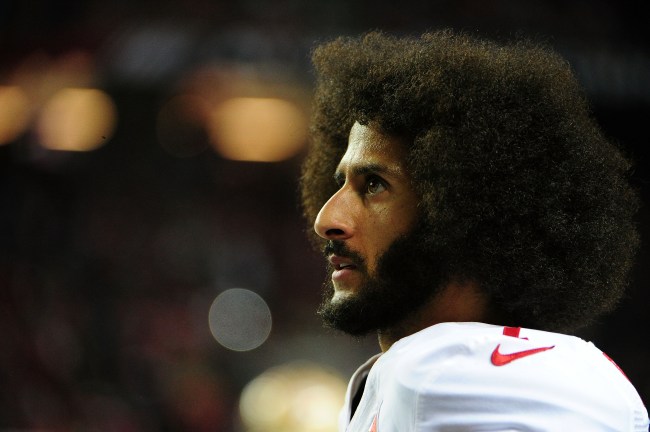 Disney/ESPN are getting in the Colin Kaepernick business.

On Monday, it was announced that the Walt Disney Company signed a deal with Kaepernick to produce several scripted and unscripted series on social justice that will air across Hulu, Disney+ and ESPN platforms.

Kaepernick will work closely with @TheUndefeated

The Walt Disney Company today announced an overall first-look deal with Colin Kaepernick’s production arm Ra Vision Media. The partnership will focus on telling scripted and unscripted stories that explore race, social injustice and the quest for equity, and will provide a new platform to showcase the work of Black and Brown directors and producers. The first-look deal will extend across all Walt Disney Platforms including Walt Disney Television, ESPN, Hulu, Pixar, and The Undefeated. Kaepernick will work closely with The Undefeated, which is expanding its portfolio across Disney, to develop stories from the perspective of Black and Brown communities.

The first series in development will be a documentary chronicling Kaepernick’s journey with “never-before-seen” interviews and vides.

The first project in development as part of this deal is an exclusive docuseries chronicling Kaepernick’s journey. Using extensive new interviews and a vast never-before-seen archive that documents his last five years, Kaepernick will tell his story from his perspective. Libby Geist, Kevin Merida and Connor Schell will executive produce for ESPN. Kaepernick has enlisted the help of Jemele Hill, who previously worked for both ESPN and The Undefeated, as a producer on the project. Further details will be announced.

Kaepernick stated: “I am excited to announce this historic partnership with Disney across all of its platforms to elevate Black and Brown directors, creators, storytellers, and producers, and to inspire the youth with compelling and authentic perspectives. I look forward to sharing the docuseries on my life story, in addition to many other culturally impactful projects we are developing.”

The most interesting part about the ESPN/Kaepernick partnership is that Jemele Hill, who parted ways with the company in 2018 in bad terms, will serve as a producer on the project.

ESPN announces documentary with Colin Kapernick that will have Jemele Hill as a producer.

Hill used to work at ESPN, but was bought out of her four-year, $10M deal early in part because she and ESPN agreed that it would be better to talk about issues outside of sports elsewhere.

Very excited to announce that I’ll be serving as a producer on @Kaepernick7’s docuseries, as part of his production deal with ESPN/Disney and content collaboration w/ @TheUndefeated. I consider it an honor to play any role in telling Colin’s story https://t.co/awYuC3VIRe

Colin’s vision for this collaboration isn’t just about content, but empowerment. He was adamant that his work be surrounded by black and brown voices. It also was important for me to use my influence to elevate these voices, particularly inside of ESPN. I am truly grateful.