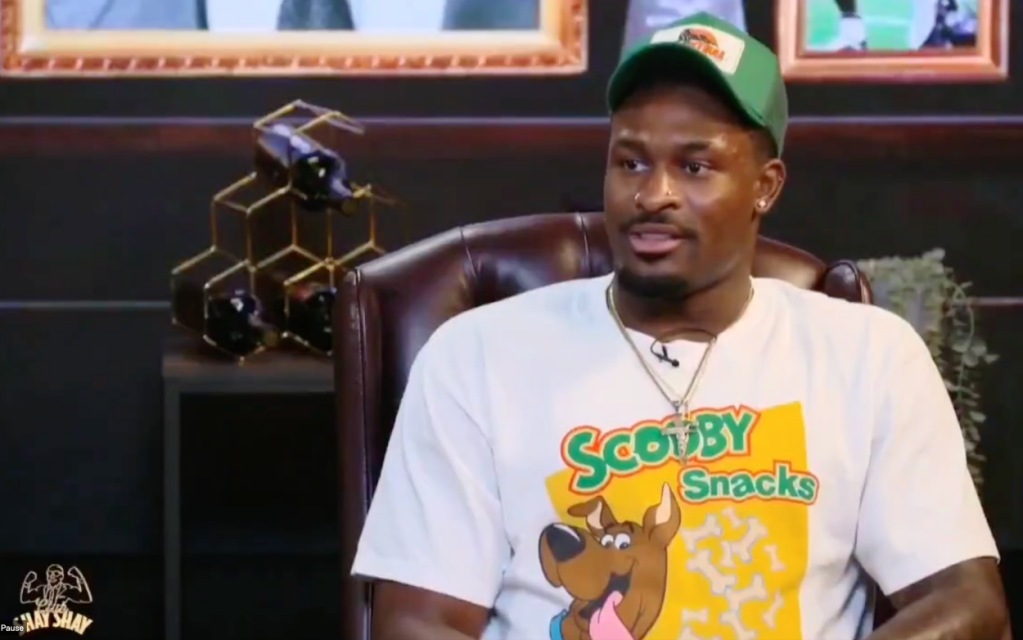 Seattle Seahawks wide receiver DK Metcalf has been an absolute stud ever since he was drafted in 2019 with the 64th overall pick in the 2nd round. Since 2019, he ranks 11th in the NFL for ‘most receiving yards’ with 3,170 and 5th in the past three seasons amongst all wide receivers with 29 touchdowns.

Prior to his time in Seattle, DK Metcalf was tearing it up in Oxford, Mississippi with the Ole Miss Rebels. He was born and raised in Oxford, MS and played HS football at Oxford High School. So it’s never really been asked (until now) if Ole Miss was his dream school or he would’ve preferred to play elsewhere.

A HUGE Miss For The Program Not Recruiting DK Metcalf

DK Metcalf was a guest on Shannon Sharpe’s Club Shay Shay this week and Sharpe asked him precisely that, if he’d always dreamed of playing at Ole Miss or somewhere else. DK’s answer is a shocker for fans of the team that missed out on recruiting him AND for Ole Miss fan.

As Metcalf tells it, he actively pursued trying to play for the Miami Hurricanes and sent direct messages to the recruiter who brushed him off. Here’s his side of the story:

DK Metcalf says he wanted to be a Cane 💔 pic.twitter.com/JY8IeBbFhQ

DK Metcalf put up 1,228 receiving yards in 3 seasons at Ole Miss before being drafted to the NFL. He scored 14 touchdowns and this was despite dealing with multiple injuries throughout his time in Oxford. It’s hard to overstate how big of a miss that was for the Canes to not pursue him.

He also spoke about his current contract with the Seattle Seahawks.

DK Metcalf is currently in the final year of his contract with the Seahawks. He is their best wide receiver and it’s not even close. Speaking with Shannon Sharpe, he discussed how he’s not worried about becoming an unrestricted free agent at the end of next season even after watching other top wide receivers sign gargantuan contracts.

.@dkm14 on his current contract negotiations with the Seahawks:

"We're going to get something done. I think I’m going to be in Seattle for the next couple of years.” pic.twitter.com/GSsewwVVL0

For anyone out there who wants to watch the full interview with Shannon Sharpe you can do so right here:

It sounds like DK is patient and knows he’s going to get paid one way or another but if I was him I’d be hoping for sooner rather than later.