D.K. Metcalf Reveals Which NFL Team He Hates To Play The Most And It’s Not A Surprise At All 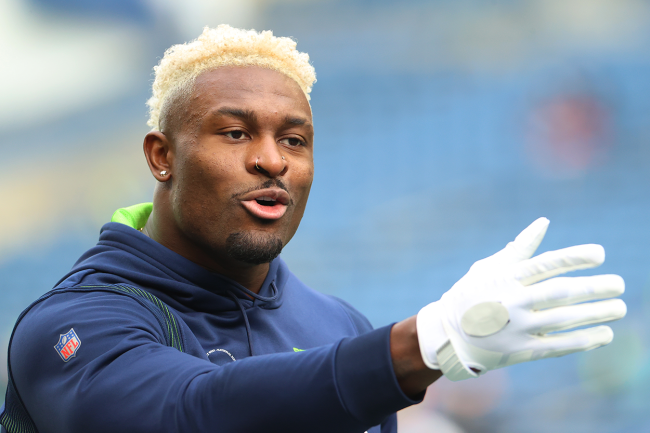 D.K. Metcalf has played three seasons in the NFL. Although he hasn’t played every team in the league, he has played in 52 career games so he’s covered quite a few.

After all of his experience with opposing teams and their fanbases, Metcalf hates playing one team the most. He made that abundantly clear on the most recent episode of Kevin Hart’s ‘Cold As Balls’ YouTube show.

While discussing a variety of topics with Hart, the comedian asked his wide receiver guest which team he likes playing the least.

“Who do you hate to play?” asks Hart.

This should come as no surprise. Philadelphia sports fans are known to be ruthless. They once threw snowballs at Santa Claus.

To further Metcalf’s sentiments, he has extra beef with the Eagles.

He and Darius Slay had a heated matchup a few years back and neither side was particularly subtle in their pregame or postgame antics. In addition, Metcalf had beef with former defensive coordinator Jim Schwartz, who told him that he was not as good as Calvin Johnson.

When you combine all of the factors with the passion and emotion of Eagles fans, it’s not hard to understand why Metcalf doesn’t like playing in Philadelphia. Fortunately, the Seahawks don’t play the Eagles this fall so Metcalf doesn’t have to worry about the potential ramifications of his comments.