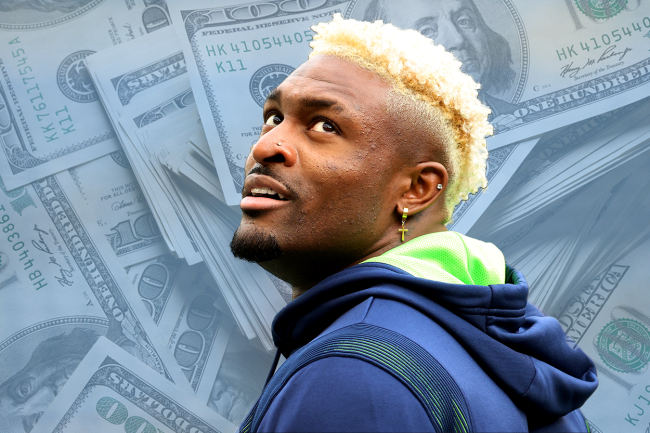 D.K. Metcalf wants to be paid. The 24-year-old wide receiver has asked for more money from the Seahawks and both sides are confident that a deal will get done.

So then why did Metcalf holdout from mandatory minicamp? It doesn’t really make sense.

Back in January, Metcalf was asked about whether he would get a contract extension from Seattle. He had the following response:

“It’s gonna get done, in my opinion. I’m just gonna let the chips fall where they may and let God and the Seahawks and my agent take care of the rest. I know everything is going to work out just fine.”

Well, it has been almost six full months and nothing has changed. The Seahawks have expressed optimism that they will agree to new terms with Metcalf, but it doesn’t seem like it’s going to be as easy as either party thought.

Based on a new report from ESPN’s Brady Henderson, the entire situation is even more confusing. Especially from Metcalf’s standpoint.

Metcalf, who is recovering from foot surgery, was in attendance for some of Seattle’s voluntary offseason program. He didn’t participate, because he is still working back from injury, but he was there.

But then, during mandatory minicamp, Metcalf wasn’t there. He held out.

The thought process behind the decision is unclear.

As Henderson pointed out, the recent trend with many NFL players who are seeking a new contract is to be in attendance at mandatory offseason activities. They just don’t participate. It’s a “hold-in,” if you will.

By being there, the player can avoid fines and avoid injury. By not participating, a statement is made about wanting to get paid.

For Metcalf, who can’t participate anyway, that would have been easy. He had to sit out.

And yet, he didn’t show up at all. He was fined more than $93,000 for missing all three days of minicamp and will be fined $40,000 per day if he chooses to do the same for training camp.

So why did he sit out when he was at voluntary practices and got fined for not being at mandatory practices? Perhaps it was to make an even louder statement about wanting to get a new contract. Perhaps he just didn’t want to be there and $100k isn’t a huge deal.

Whatever the reason was, Metcalf was not there.

Although dates have not been set for Seahawks training camp, the team usually opens things up around July 28. Will Metcalf be there? We can only wait and see.