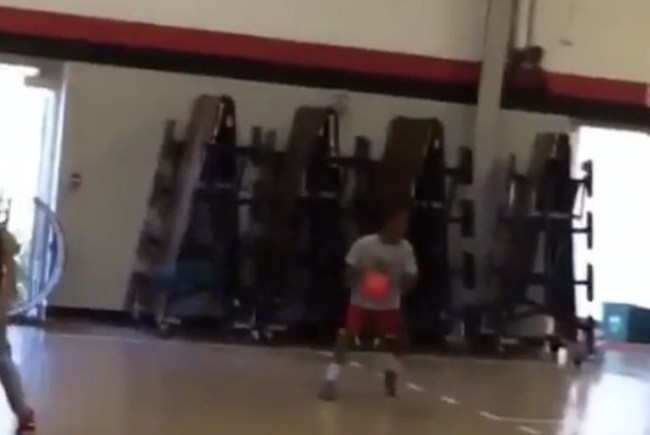 This kid deserves more than a participation trophy for his awe-inspiring athleticism on the dodgeball court. Athleticism and Dodgeball aren’t two words you see together super often. It’s not that dodgeball doesn’t require a degree of athleticism to be successful, you just don’t often see top athletes playing dodgeball.

It might be a little premature to call this kid a ‘top athlete’ you’ll see why I’m so hyped up in a second because this kid is playing on a whole new level. The original video is the first tweet below, shared by @HenrySports44 and the second is from SportsCenter‘s Twitter account where they zoomed in on the kid so you can get a better sense of the action:

Can we just give this kid a round of applause for being a total badass on the dodgeball court? He threw down a split to dodge a ball like it was nothing. Back in H.S., I tore the lateral meniscus on my right knee playing dodgeball outdoors when I went to spin away from a ball and my foot got lodged in the grass, which caused me to spin around my knee. I immediately hit the ground writhing in pain, with my classmates looking on like ‘what the fuck is he playing at here? Who fakes a dodgeball injury?’ It obviously didn’t take long for everyone to realize I was in actual serious pain and for me to be whisked away to the emergency room (and later surgery)…all from a goddamn game of dodgeball. Maybe that’s why I’m so impressed by this kid…I managed to tear a ligament in the least athletic way possible while this kid is out on the court throwing splits like it’s his job.