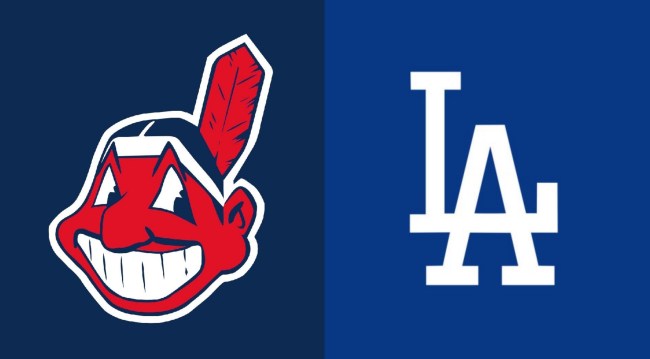 If you haven’t been paying attention, there are two historic streaks taking place right now in Major League Baseball. And if you were betting $100 on either of those streaks and letting it ride you’d be a multi-millionaire by now.

After Sports Illustrated put the Los Angeles Dodgers on the cover of their magazine calling them the greatest team in history the Dodgers have since gone on to lose 16 of their last 17 games including their last 11 games in a row. This is the Dodgers’ longest losing streak since they lost 16 games in a row back in 1944 when they were still the Brooklyn Dodgers. Miraculously, they’ve still clinging onto a 3.5 game lead over the Nationals for home field advantage in the NL Playoffs.

On the flip side of the dumpster fire that’s become the Los Angeles Dodgers are the Cleveland Indians who have won NINETEEN GAMES IN A ROW. The Indians’ win streak dates all the way back to August 24th. During Cleveland’s streak, the pitchers have thrown 6 shutouts. The rest of the MLB only has 14 teams with 6 shutouts THE ENTIRE SEASON. They’ve also hit 38 home runs during the streak while only giving up 32 runs. The longest MLB win streak in history is 26 games, a record set by the New York Giants back in 1916. The longest modern-era streak was set in 2002 by the Oakland A’s at 20 games.

So how much money would you have made if you bet $100 on the first game of these streaks and let that money ride? You’d be a multi-millionaire by now.

If you bet $100 on the Indians to win back on August 24th and let that money ride you’d be riding insanely high right now…But it’s nothing compared to the money you’d have made if you were riding the Dodgers streak:

LET IT RIDE: Betting #Indians to win 19 STRAIGHT – starting with $100 and letting it all ride after each game – would've won over $720,000! pic.twitter.com/DttPdnAKHS

If you bet $100 against the Dodgers/on the Dodgers to lose back on September 2nd, and let that money ride, continuing to bet each game that the Dodgers would lose you’d be fucking loaded right now:

#Dodgers LOST 11 STRAIGHT (all as favorites). Starting w/$100 & betting against each game – letting it ride – would've won over $9.1 MILLION pic.twitter.com/JXXmL9DpAp

I don’t think there’s a gambler alive who has the balls it let it ride on a losing streak when the team you’re betting against still has the best record in baseball AND you’ve already made over $1 million after 9 games into the streak.