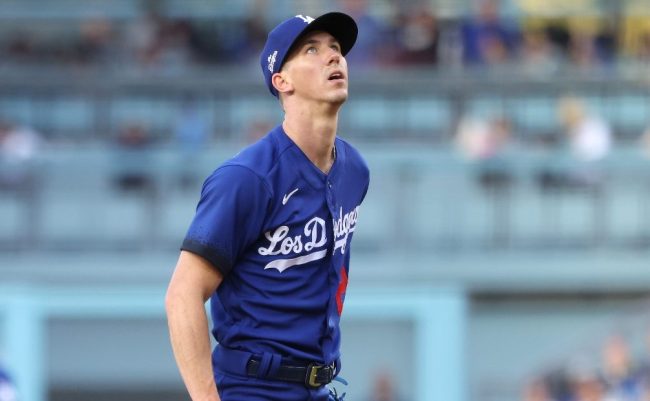 The Los Angeles Dodgers have been on an absolute tear late in the regular season. Their hot streak is setting them up nicely for a nice playoff run. However, the roster took a hit on Monday after it was announced that the Dodgers star pitcher Walker Buehler suffered a serious injury.

According to ESPN, Buehler will have season-ending elbow surgery. This isn’t an ideal situation, as the Dodgers were hoping to have him for their playoff run. Instead, LA will be playing the postseason without one of the best pitchers on the team. This organization is still looking like a possible World Series contender but this is a big hit for the team.

Dodgers Fans In Turmoil Over The Horrible News

Walker Buehler would have been a nice pitcher to have for the playoff run and Dodgers fans know it. Many of them are hoping for a speedy recovery, but LA realizes losing Walker could be costly in the playoffs.

🙏🏼 prayers up. Hopefully recovery is speedy

I'm begging y'all to stop reminding me https://t.co/8Y3m0GeaZY

All we can hope for is a speedy recovery for the Dodgers pitcher. Luckily for them, some of the other pitchers on the roster have stepped up nicely in his absence already. Regardless, the fans were hoping to have Walker Buehler back on the mound for the postseason. Now, those hopes are thrown out of the window.

Look for Los Angeles to rely on their batting as they’ve been red hot throughout the year. Additionally, they should still be considered to be a legitimate threat to win the World Series, as the Dodgers have been one of the best teams in baseball. Rest up Walker Buehler and come back healthier than ever in 2023.