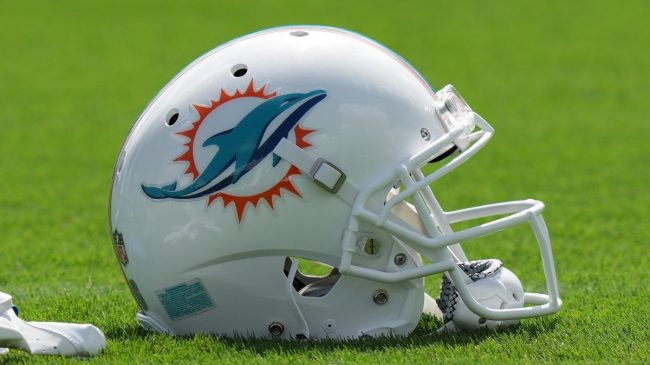 The Miami Dolphins hang on and defeat the Buffalo Bills, but nearly squandered it thanks to the special teams unit. In a completely bonkers play, Miami avoided total disaster after the ball was punted backward and out of bounds. Now, NFL fans everywhere are reacting to, what is being called, the butt-punt.

Dolphins Give Up A Safety All Thanks To The Butt-Punt

Luckily,  the NFL Twitter account has a clip of the lowlight. Thomas Morstead was backed up in his own end zone. As expected, the Bills brought the heat in the hopes to block the punt attempt. However, his own teammate backed up too far, resulting in the Dolphins’ punter hitting him in the butt. The ball goes flying backward, giving Buffalo two points late in the fourth quarter.

THE PUNT GOES OUT THE REAR OF THE END ZONE! #FinsUp

Nearly everyone is thinking of the infamous butt-fumble, as this butt-punt is just as hilarious to watch. Thanks to the Dolphins’ special teams unit, we all had a nice laugh late in the fourth quarter of their Week 3 game.

The Dolphins are literally kicking their own ass.

He might have to get some ice on it.

Gonna be like this in the locker room after pic.twitter.com/V0W1cMDUQX

The Dolphins may never live this one down.

This might be a slight exaggeration, but still funny nonetheless.

14 just got a colonectomy by his punter

At the end of the day, the Dolphins walked away with a victory. Had they lost, Thomas Morstead would likely never hear the end of it.