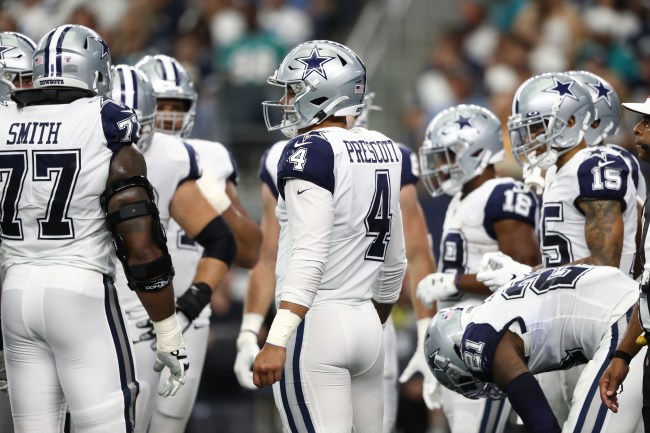 This weekend the Dallas Cowboys handed the Miami Dolphins their third consecutive loss of the season in a 31-6 beat down.

Cowboys QB Dak Prescott started off the game playing sloppy but then turned on a switch when he “stopped being greedy”.

“I was being too greedy,” Prescott explained after finishing the day 19-of-32 for 246 yards, two passing touchdowns, a third on the ground and one interception. “I was trying to do too much in the first half and I said it to Kellen: ‘That was on me in the first half. I was just being greedy.’ And that’s why I said it’s good tape to learn from for me more than anybody else.”

.@dak will take it in himself for another #DallasCowboys touchdown! #MIAvsDAL

Dak was so confident in his play during the second half that he was overheard talking about buying Wendy’s spicy chicken nuggets after the game while in the huddle.

Somebody get number #4 a @Wendys 4 for $4 😂@dak | @dallascowboys pic.twitter.com/LMF5aLnmT0

Wendy’s reacted to Dak’s huddle exchange with this tweet.

Dak is going to be able to afford a ton of spicy chicken nuggets once the team pays him the $30 million plus a year he wants.