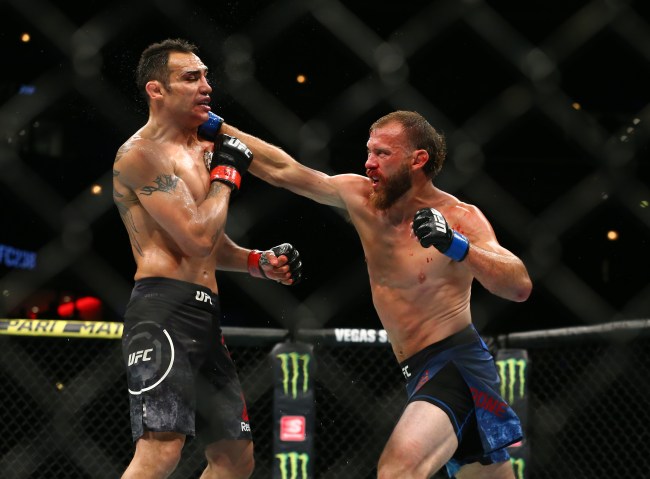 Donald ‘Cowboy’ Cerrone suffered a brutal loss at the hands of Tony Ferguson when he was unable to continue due to his left eye being close shut.

Unfortunately, Cerrone made his eye worse when he decided to blow his nose while it was broken between rounds which is apparently a huge no-no.

Watch Cowboy’s eye as he blows his nose. The human body is wild y’all. pic.twitter.com/SSz0AiOhpP

You NEVER blow your nose in the middle of a fight when your nose is broken or your eye will swell shut. This is an unfortunate ending. From the blatant Ferguson punch after the bell, to this

Rule number 1 when you break your nose… don’t blow it pic.twitter.com/IJkXUo01Ih

Don’t blow your nose when you have a swollen eye. Learn something new every night @ufc