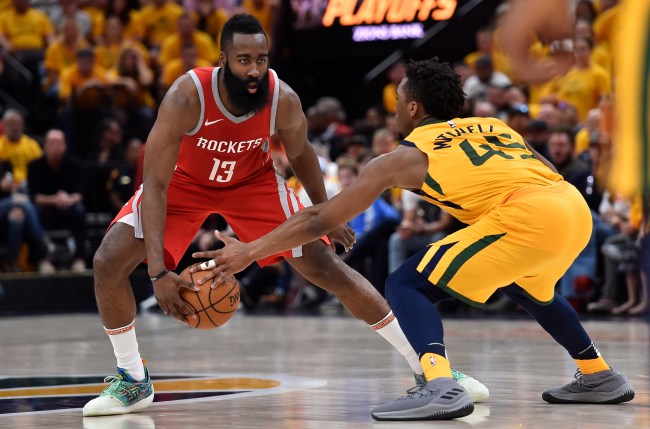 Donovan Mitchell of the Utah Jazz finished 2nd in Rookie of the Year voting earlier this week. Ben Simmons (PHI) won the award with 481 points (90 1st place votes) to Donovan Mitchell‘s 323 points (11 1st place votes). In his first season in the NBA, Donovan played 79 games, averaged over 33 minutes per game, a free throw percentage of .805, and 20.5-points per game. An extremely credible stat sheet for a rookie.

He won Western Conference Rookie of the Month in March and April but at the 2018 NBA Awards he came up short in the ROY voting, but not all is lost this week. Dictionary.com just added Donovan Mitchell’s nickname, Spida, as an official dictionary entry:

What does Spida mean?
1. A basketball species usually found above the rim; equipped with superhuman senses, shot-slinging abilities and unrivaled bounce.

2. Nickname of Donovan Mitchell, record-breaking shooting guard for the Utah Jazz and contender for NBA’s 2018 Rookie of the Year

The related words include ‘beast mode’, ‘rim-crawler’, and ‘ROTY’ amongst others. The Dictionary.com entry then goes on to explain how Donovan Mitchell picked up his Spida nickname:

In an interview ahead of the 2018 NBA Slam Dunk Contest, Mitchell explained: “When I was younger, I was just a dunker. Like, it was all I loved to do, was just dunk. One of my teammate’s dad called me Spida. It just stuck.”
Spida is a variant pronunciation of spider. Reducing an end-of-the-word -er to an unstressed -a has long been a feature of some English dialects. The same process gives us brotha, playa, or gangsta.
Spida had been seen a bit before Donovan started rim-crawling though. A trip down memory lane shows a Jamaican spoken-word folktale recorded in 1980 that tells of Brotha Spida, for instance, and then there’s hip-hop artist Nelly’s track called “Spida Man” in 2004. For slang or humorous effect, internet users in the late 2000s wrote of surfing the web like a spida or being startled by an actual spida in their room. (via Dictionary)

I’m racking my brain and cannot think of another instance where an athlete or celebrity received such praise from the Dictionary. They just devoted a couple thousand words to him and a permanent Dictionary.com entry that cements his nickname forever. I can’t think of anything close to this with another celebrity…I’m sure it exists, I just can’t think of it happening and getting press.