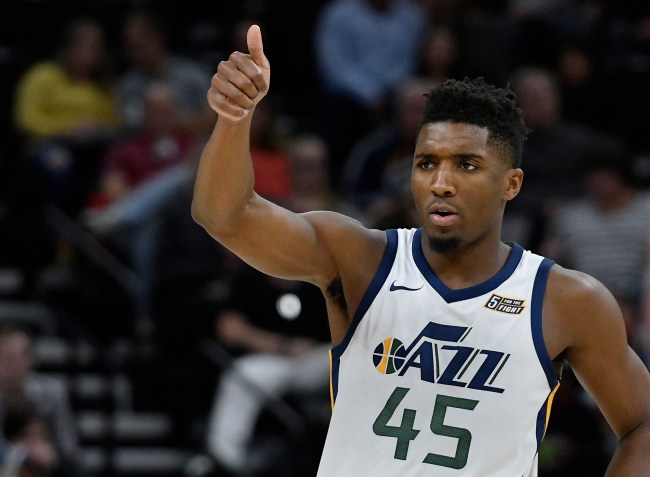 Donovan Mitchell is having himself a year. The Utah Jazz guard and 13th overall pick in the draft is leading all rookies in scoring (19.7 ppg), won the Dunk Contest, and put up the first 40 point game as a rookie since Blake Griffin did it back in 2011. His rookie resume can only be compared to that of Sixers point forward Ben Simmons, who may become just the third rookie in history to average 16/7/7. The other two were relatively unknown names–Oscar Robertson and Magic Johnson.

Mitchell is not only proving his worth on the court, but off as well. A Twitter user named Josh Buhler pulled a last ditch effort to impress his crush by sliding into Mitchell’s DMs in hopes he could secure tickets to take the lady on a date. Mind you, Mitchell and the Jazz have won 12 of the last 13 games and are making a playoff push, so tickets aren’t as easy to acquire as they once were.

Regardless, Buhler asked for two tickets to Saturday’s game against the Dallas Mavericks so he could ask out a girl from his chemistry class. Check out his back-and-forth with the NBA star below.

@utahjazz utahjazz you drafted 1. An amazing basketball player. 2. A dunk contest champion. 3. The best S(WINGMAN) ever. @spidadmitchell is A good human being. Can’t wait for tonight. #shootersshoot #takenote pic.twitter.com/blpz9gZaUG 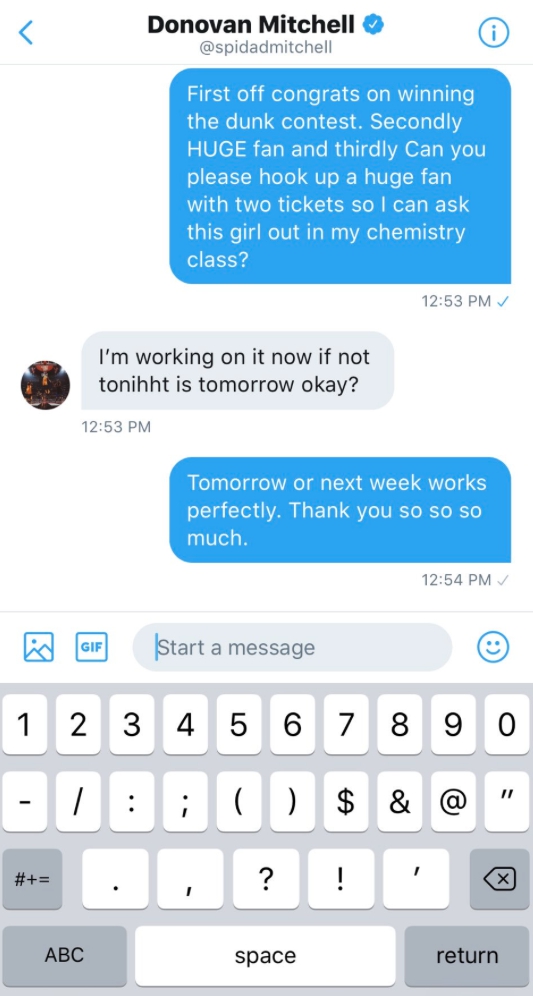 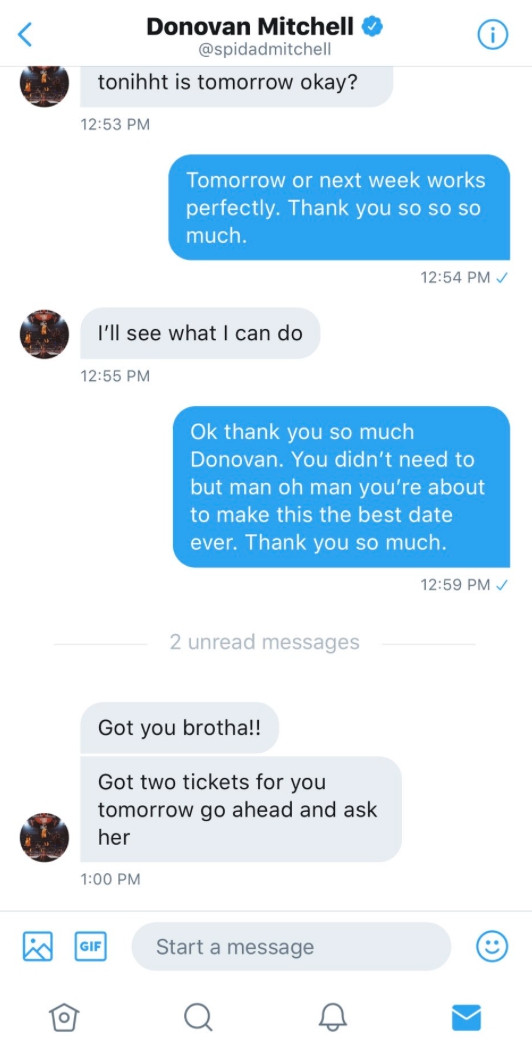 @utahjazz @spidadmitchell Hey thank you for the best night/date of my life. Thank you so much. The Utah Jazz are a class act and Donovan Mitchell is an amazing human being. The girl from chemistry and I had an amazing time. If I ever get married I’ll name my first son Donovan.