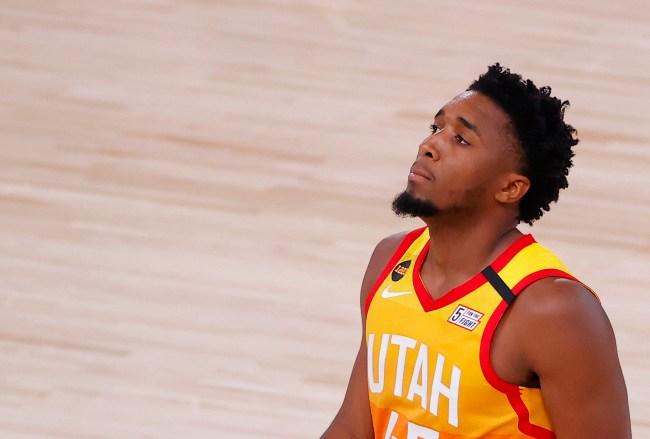 Donovan Mitchell bared his soul after losing to game 7 to the Denver Nuggets.

After battling back from a seventeen point deficit in the first half the Jazz ended up losing the game by just two points when Mike Conley missed a 3-pointer in the final possession.

The THRILLING FINISH to Game 7!@nuggets win the series 4-3 and advance to play the Clippers in the West semis! #NBAPlayoffs pic.twitter.com/6AkuYn9EaV

After the game, a visibly upset Mitchell laid down on the court before embracing Nuggets star Jamal Murray.

While heading back to the locker room, the ESPN cameras got an emotional Mitchell in tears while being consoled by his teammates.

The emotions of losing a Game 7. pic.twitter.com/tmqzArAFnv

While speaking to the media Mitchell put his emotions into perspective when he said that what he was feeling didn’t compare with the pain the families of victims of police brutality felt.

“This is a game. People lost their family members to police brutality and racism and s—. I can only imagine. The way that I’m feeling right now is nothing compared to that.”