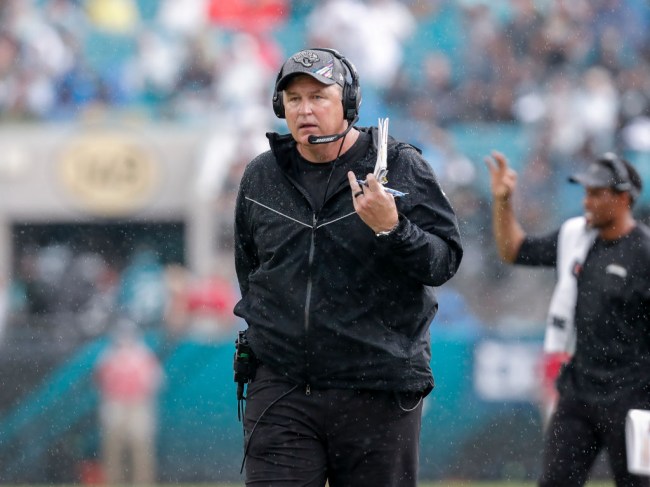 The Jacksonville Jaguars take on the Houston Texas in London this Sunday for the final NLF London game of the season. It’s the first time the Texans have gone across the pond for a game while this will be the Jags’ seventh trip to London meaning they have experience in combating the jet lag, which is a big deal for Jacksonville head coach Doug Marrone.

Marrone has been the head coach in Jacksonville since 2017 and was an assistant for two seasons before that so he knows how to handle the time difference. With that being said, he was asked about how he handles the travel and it seems like he’s had some bad experiences.

Jaguars' Doug Marrone on handling London games: 'I'm glad I've done it before. I've got this secret I don't tell anyone But I think it's awful for people who haven't done it before. You feel bad. You want to throw up. You have diarrhea. There's a lot of things bad that go on'

There’s a lot to break down here.

First of all, he has a secret but he refuses to tell anyone which in my mind means he could care less if anyone else is struggling to adapt? That seems, uh, strange.

Then, of course, he gives us the details of how you feel like throwing up and get diarrhea from jet lag. Those are indeed problems that can come up with traveling overseas into different time zones – mostly due to dehydration – but nobody needed Marrone to go into any sort of detail like that. I respect him keeping things real, but come on man.

It’s probably safe to assume that Marrone is talking from experience here and we may need to be concerned about him this Sunday. If he randomly leaves the sideline during the game we’ll all know where he went.

Here’s to hoping Marrone and his bowel movements are normal this weekend; his Jaguars will need all hands on deck to take down the 5-3 Texans.