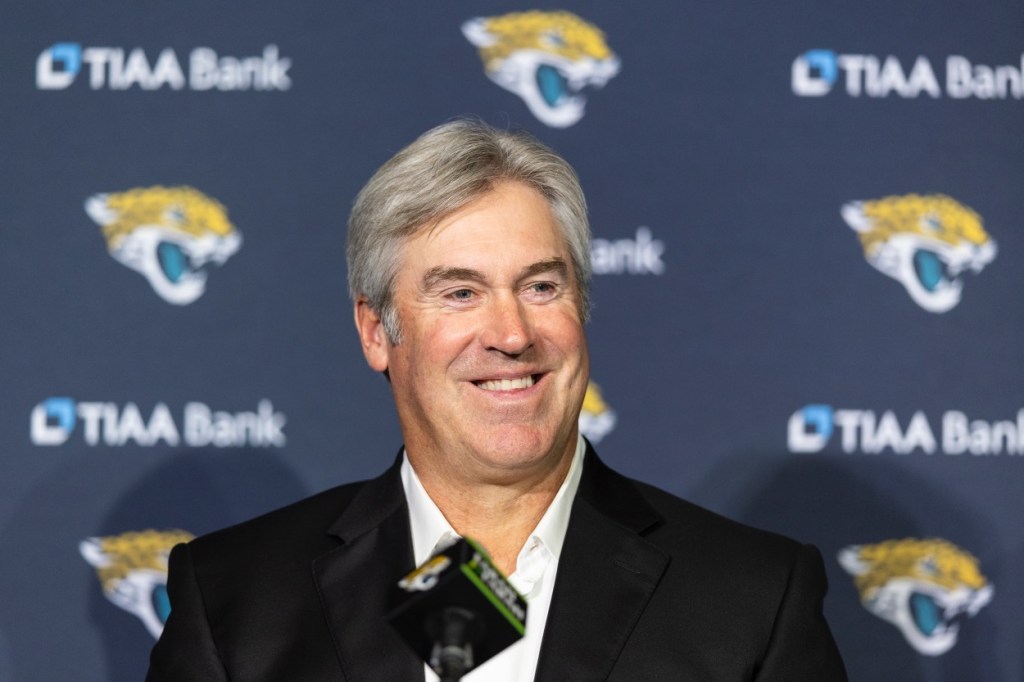 The 2022 NFL Draft is about a month away. It will run from April 28 to 30 and once again, head coach Doug Pederson and the Jacksonville Jaguars have the #1 overall NFL Draft pick.

In the 2021 NFL Draft, it was a foregone conclusion that the Jags were going to select quarterback Trevor Lawrence with the #1 overall pick. He’s believed to be a generational talent, he was the consensus #1 quarterback and talent, and the Jags needed a franchise quarterback.

This year head coach Doug Pederson doesn’t need a QB and the team’s draft strategy is more mysterious. Theoretically, the Jags could improve or bolster every position but QB in this draft. At the NFL Owner’s Meetings on Monday, Pederson was asked about what the Jaguars might do with their #1 pick and he sort of teased the team’s strategy which appears to be ‘protect Trevor Lawrence’.

The Jacksonville Jaguars recently placed the franchise tag on left tackle Cam Robinson which led many to believe the Jags might target Defense with the #1 overall pick. Doug Pederson told reporters (via Florida Times-Union) that decision was completely separate from and had no bearing on the Jags’ draft strategy.

Doug Pederson: “To bring great guys back like Cam is to protect your quarterback. We want the offensive line to be solidified. We want guys up there that have been around. Cam is a big part of that, so we’re excited obviously to retain him. Hopefully, we will work out a long-term deal with him, so he’s around more than a year.

But as it pertains to the draft, that’s kind of its own separate deal right now. I’m sure we’re going to have more depth (offensive tackle) at that position. You can never have enough offensive linemen.”

I would imagine #Jaguars new HC Doug Pederson would have some level of interest in #Eagles assistant OL coach Roy Istvan. Offensive linemen have raved about his work with younger players. If you can’t get Jeff Stoutland, might as well try to get his right-hand man to coach OL.

It’s easy to read into Doug Pederson’s comments in several different ways. On the one hand, he could just be discussing the team loading up on offensive linemen in the NFL Draft and the #1 overall pick isn’t where you target depth. Many believe the Jaguars will draft Michigan’s edge rusher Aidan Hutchinson at #1. On the other hand, he could be telling it like it is. The Jags could be drafting offensive linemen right out of the gate.

For what it’s worth, 14 NFL quarterbacks were sacked more than Trevor Lawrence last season. He took 32 sacks which is tied for 15th. Trevor Lawrence also ranked t-17th in the NFL with time in the pocket of 2.7 seconds.