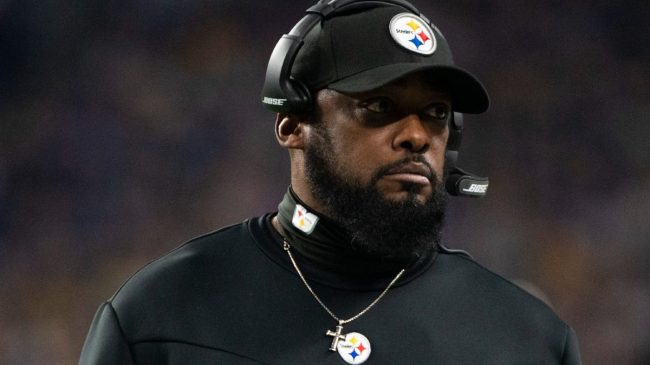 There have been some major changes to the NFL hiring process this week.

It was announced on Monday that NFL teams will now be required to hire either a “female or a member of an ethnic or racial minority” as a staff member on the offensive side of the ball. As a result, the league is setting aside a fund in order to pay up to half the salary of the new addition. The team will pay the remainder.

Women will now be included in all Rooney Rule requirements in the NFL. Also, all 32 teams will be required to hire “a diverse person (female or a member of an ethnic or racial minority” to serve as an offensive assistant. pic.twitter.com/fwcwDps7Ky

The NFL released a statement on the changes, as well as their focus on hiring offensive assistants.

“In recent years, head coaches have predominantly had offensive backgrounds. We believe this resolution will assist greatly in continuing to source and identify diverse candidates earlier in their career, providing pipeline depth and further developing the diverse offensive pipeline.”

There have also been tweaks to the already implemented “Rooney Rule,” which calls for teams to interview at least one minority candidate for all head coaching openings. Now, female coaches will be counted as “diverse candidates” for these top positions.

In other words, if a team interviews two women for a head coaching opening, the Rooney Rule has been satisfied.

While the changes to the diversity and inclusion guidelines come from a perspective of progress, some people are quick to point out that the current rule hasn’t had the desired effect on the outcomes of minority coaches.

While the NFL changes are well-intentioned, many have viewed the current structure as a failure.

There were only five minority head coaches in the NFL last season.

But when looking at the coordinator positions, nearly half of the league’s teams boast minority defensive play callers. Now, the focus has turned to the offensive side of the ball, as most recent NFL head coaches used the path of offensive play caller to climb the ladder.

The rule changes have been met with a range of reactions. Some are still skeptical while others see this as one step further in the right direction.

The calls for more black head coaches are based on the demographic of the players. I disagree with that logic but I understand it. What is the logical basis for including women in the Rooney Rule and new offensive assistant hiring requirements? https://t.co/49YMqshdBO

Couple of enhancements to the Rooney Rule recommended by DEI committee

– women included in all aspects of the Rooney Rule, meaning teams must interview a woman and/or person of color for positions where the rules apply

This'll be great given how well the Rooney Rule has worked out so far. 🙄 https://t.co/iOxWnUORz3

Expanding the Rooney Rule is great, but the Rule isn’t the problem—lack of enforcement is. https://t.co/zuuT0wWsVE

To be clear on the new stipulation regarding women in the NFL's Rooney Rule: There is no requirement to interview a woman for a HC job. The requirement is to interview two external women and/or people of color. BUT, interviewing two women for HC would satisfy the Rooney Rule.

I wouldn't expect the @nfl to broadcast the failure of the Rooney rule so blatantly. #diversitymatters https://t.co/rmbYx4jo7R

NFL Rooney Rule change requiring a minority or women to be on every NFL Offensive Staff?

Current # of teams that don’t comply?

The point here is the trend in the NFL is hiring offensive-minded head coaches, and the league wants to continue developing the pipeline of minority offensive coaches.

League execs have said for some time the pipeline has plenty of deserving and ready candidates.

The most notable line, to me, in the DEI news out of the NFL owners meeting:

The Rooney Rule was quite specifically created 20 years ago in response to a report about the dearth of Black head coaches in the NFL. That problem has yet to be solved by the league. https://t.co/FAX0p3W93N

We’ll have to see what effect this has on future NFL hires.