Drake Likes Ayesha Curry’s Pic On Instagram, Continues Trolling Mallory Edens While The Raptors Are In The NBA Finals 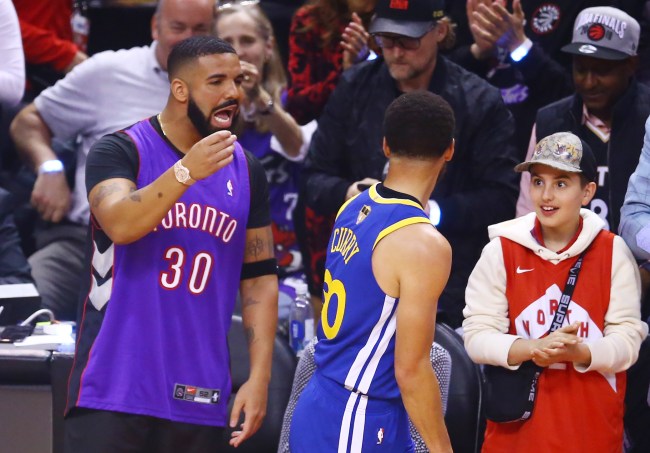 Drake has been at the center of the attention during the NBA finals after trolling the hell out of the Warriors during game 1.

Last night some people noticed that the Toronto rapper also went on to like Steph Curry’s wife Ayesha’s Instagram pic on Instagram which many believe is just more trolling from Drake.

Ayesha Curry ain’t gonna be complaining bout not getting attention from other men after this series. pic.twitter.com/0HZhRqs1dj

This guy wylin Curry getting BUCKETS after he see this. This isn’t rap Drake

This man on 50 cent level trolling 😂😂

Others don’t see it as a big deal and believe Drake is just being friendly with one of his longtime friends.

Don’t be disrespectful Ak…they are family

drake and steph are friends. Drake has a steph tat

Drake is making sure the Bucks don't forget. pic.twitter.com/v7x9JKRpfj

Drake better hope the Raptors keep winning because he’s going to get trolled incredibly hard if they do end up losing.