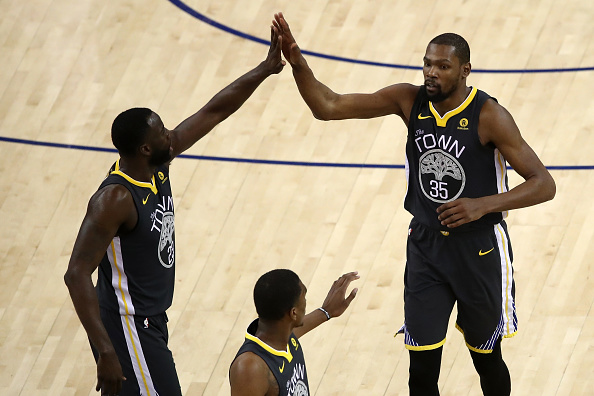 It’s been a rough week for the Golden State Warriors.

At the end of regulation of Monday night’s Clippers-Warriors game, forward Draymond Green got into a heated altercation with teammate Kevin Durant after Durant was angry that Green didn’t pass him the ball during a crucial possession in the game.

During the argument, Green reportedly called Durant “a bitch” and challenged him over his pending free agency this summer

Sources: In midst of verbal exchange on court late in Monday's game, Draymond Green challenged Kevin Durant about Durant's impending free agency. As teammates came at Green about his turnover, he responded. This has been a simmering issue for the Warriors today.

After serving a one-game suspension imposed by the team, Draymond finally addressed the situation with Durant and is trying to put all of the controversy behind him.

Kevin and I spoke, I think there’s no secret that I’m an emotional player, I wear my emotions on my sleeve, I play with that same emotion. Sometimes it gets the best of me and sometimes it doesn’t work in my favor, I’m gonna live with that because it works in my favor to the good,as my resume speaks and the team’s resume speaks, moreso than it doesn’t. I’m never going to change who I am. I’m going to approach the game as I always do and we’ll continue to move forward.

But what you must know is that not one player, not myself, not Kevin, and not anybody else is going to beat us. If you’re one of the other 29 teams you gotta beat us because we’re not going to beat us.

Draymond Green ended his opening statement saying he wouldn’t take questions on the KD situation. Asked him about the management side of this (suspension decision), he wouldn’t discuss. pic.twitter.com/aR2QfrapDA