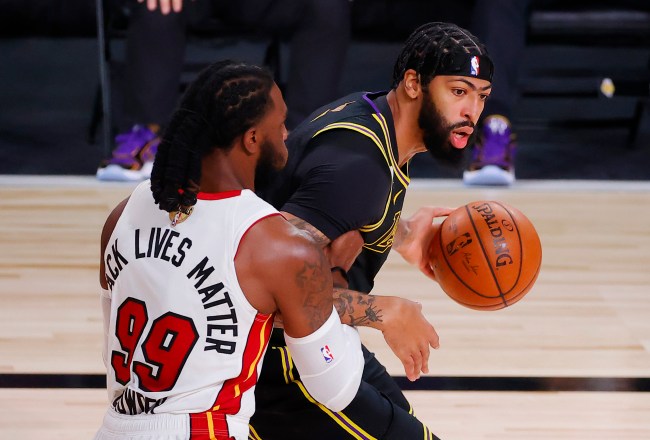 Draymond Green has some thoughts on the Anthony Davis-Jae Crowder situation from game 5 of the NBA finals.

During the game, Lakers center Anthony Davis appeared to intentionally hit Jae Crowder in the face while both players were down on the ground in the third quarter.

A couple more angles of the AD-Crowder play in question from last night's 3rd Q: pic.twitter.com/X1wcCJoN6F

I wonder if the league takes a look at this. Intentional act? https://t.co/dCpcKIkYMv

Green, who was once suspended during an NBA finals game over an altercation with LeBron James, appeared not to agree with the idea of suspending Davis.

Why suspend someone and decise the season?… That’s whack https://t.co/fYBll1PqzT