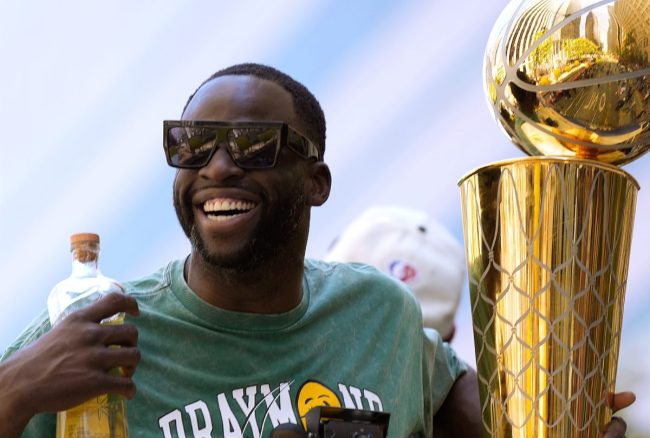 Draymond Green believes he deserves a max deal with the Golden State Warriors. The talented forward is fresh off of an NBA Championship, and he’s hoping to capitalize.

Green has been an integral part of the Warriors’ dominance this decade. He’s been a key pillar in each of the organization’s four titles over the past eight seasons, with his defense and gritty play helping lift the lineup.

Unfortunately, he’s too often the center of drama with his on-court antics, and his offensive outputs are lacking. Green averaged just 7.5 points per game this year though he did land his fourth All-Star honor. He’s also been an NBA Defensive Player of the Year and has made a pair of All-League teams.

The report of Draymond wanting the max deal comes from The Athletic’s Anthony Slater and Macrus Thompson II. The writers note that Green, as well as Klay Thompson, Andrew Wiggins, and Jordan Poole will all need new contracts soon.

That will certainly impact how the Warriors handle the situation.

Slater and Thompson II say that Green believes he deserves the max $164M deal, which would span the next five seasons. That’s a good chunk of change for a player that hasn’t averaged double figures in scoring since the 2017-18 campaign.

Combine that with unsustainable luxury tax penalties should they extend Green, Poole, Thompson, and Wiggins, and someone is bound to get left out.

Here’s what Slater and Thompson II said about the situation.

Green is said to be willing to explore his outside options to get the kind of contract he wants. That’s a risk Warriors’ management appears willing to take. Green playing this season with a chip on his shoulder, motivated by proving to the league he deserves a max contact, could have a positive on-court impact.

The Warriors don’t seem eager to extend Green this offseason, but the forward does have one key factor on his side. Teammate Steph Curry.

Multiple sources said Curry would not be happy if the Warriors lost Green because the team didn’t want to pay him. Curry is under contract for four more years and has a desire for Green and Thompson to be with him for the length of his stay.

NBA fans were quick to give their opinions on a max deal for Draymond.

Some don’t believe he’s worth the money.

“Draymond wants and believes he deserves a max contract” pic.twitter.com/CApmGtmgoK

Draymond looking for a team who is willing to give him a max in free agency pic.twitter.com/6BWokX8xSm

Others disagree, noting his importance to the team in areas other than scoring.

Yes. If the Warriors plan on being a contender for the forseeable future, they should too

if it was any other team then no but the warriors most definitely should. he’s plays a vital part in the success of that team. warriors would be dumb to not extend him the max

We’ll see what the Warriors decide when the time comes.