Draymond Green Isn’t Going To Push Andrew Wiggins To Get Vaccine: ‘You Have To Honor People’s Feelings’ 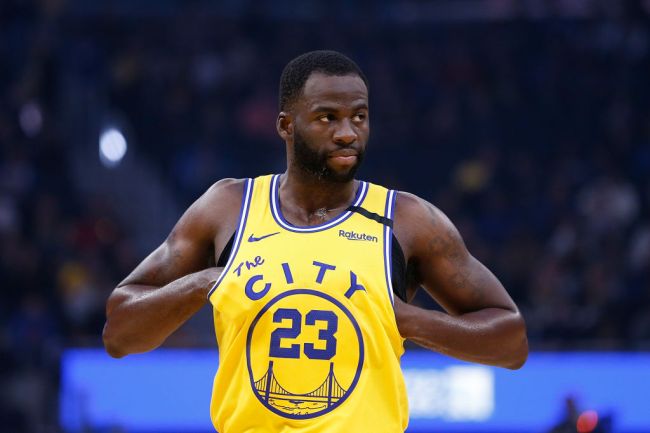 The talk of the NBA preseason thus far has been centered around certain players making the decision not to get vaccinated. While the NBA has not mandated the vaccine, unvaccinated players on certain teams will have to sit out home games and forfeit checks due to local mandates.

Warriors’ forward Andrew Wiggins is one of three high-profile players, alongside Brooklyn’s Kyrie Irving and Washington’s Bradley Beal, that have elected not to get vaccinated.

With the vast majority of players around the NBA being fully vaccinated and promoting the vaccine, Wiggins’ decision is of course polarizing for most.

Draymond Green understands Wiggins’ decision is going against the majority, but he isn’t about to push his teammate into something he doesn’t want to do.

Green was asked about Wiggins’ COVID-19 vaccination status and shared a thoughtful and honest answer not only about Wiggins but his perception of the unvaccinated vs. the vaccinated.

“We’re dealing with something, that to me, feels like has turned into a political war when you’re talking about vaccinated and non-vaccinated, Green explained. “To me, it’s become very political. For someone who’s not extremely into politics, when you make something so political and not everyone is into politics, you can also turn those people off.”

“There is something to be said about people’s concerns about something being pressed so hard. Like, why are you pressing this so hard? You have to honor people’s feelings and their own personal beliefs. I think that’s been lost when it comes to the vaccinated and non-vaccinated, and it kinda sucks that that’s been lost.”

Green Isn’t Going to Push Wiggins To Get The Jab

Green also went on to say that forcing someone to do something, in the supposed land of the free, goes against what the United States stands for.

“That goes against everything America stands for, or supposedly stands for. I don’t think, no I know, I’m not in any position to tell him what he should and should not be doing and as a leader of this team I’m not going to go to him and say ‘hey man, we really need…’ no. I’m not going to ask him if he got a polio vaccine, so why would I ask him if he got a COVID vaccine?”

LeBron James agreed with what Green had to say as well.

Couldn’t have said it any better @Money23Green! https://t.co/2PQZ0IaWvg

Wiggins feels so strongly about not getting the shot that he applied for a religious exemption, but was denied. He won’t be allowed inside the Warriors’ arena if he remains unvaccinated ahead of his team’s home opener on October 21.