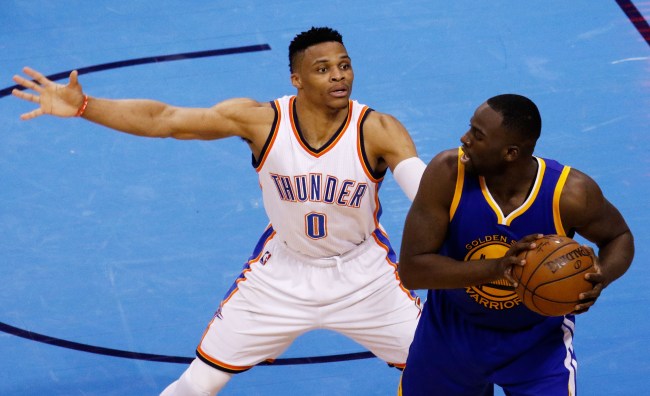 Despite the fact that Russell Westbrook is averaging a triple double for the third straight season it appears that his peers don’t think he’s as good as his stats.

More than a quarter of the NBA’s active roster participated in a poll conducted by The Athletic, where they answered several questions regarding what they thought about their fellow NBA peers. According to the poll, Draymond Green and Westbrook were considered the most overrated players in the league.

There's a ton of great stuff in our @TheAthletic NBA players poll, but you know we had to ask the GOAT question. And with 117 votes in – more than a quarter of the league – you can see the breakdown here https://t.co/haCGt67vF0

Harden also edges out Giannis as the MVP in the poll.

Gregg Popovich is by far the coach most players would want to play for.

Some Heat news from The Athletic’s player poll: James Johnson stays undefeated as the dude nobody wants to fight. Spo hardly polls in coach you’d most want to play for. pic.twitter.com/1NZmCBj4Xh

Players also believe that Kevin Durant is going to the Knicks next season.

It’s interesting to see how players react to the poll. I would have to imagine Russ isn’t going to be happy with how he’s perceived by his fellow NBA peers.