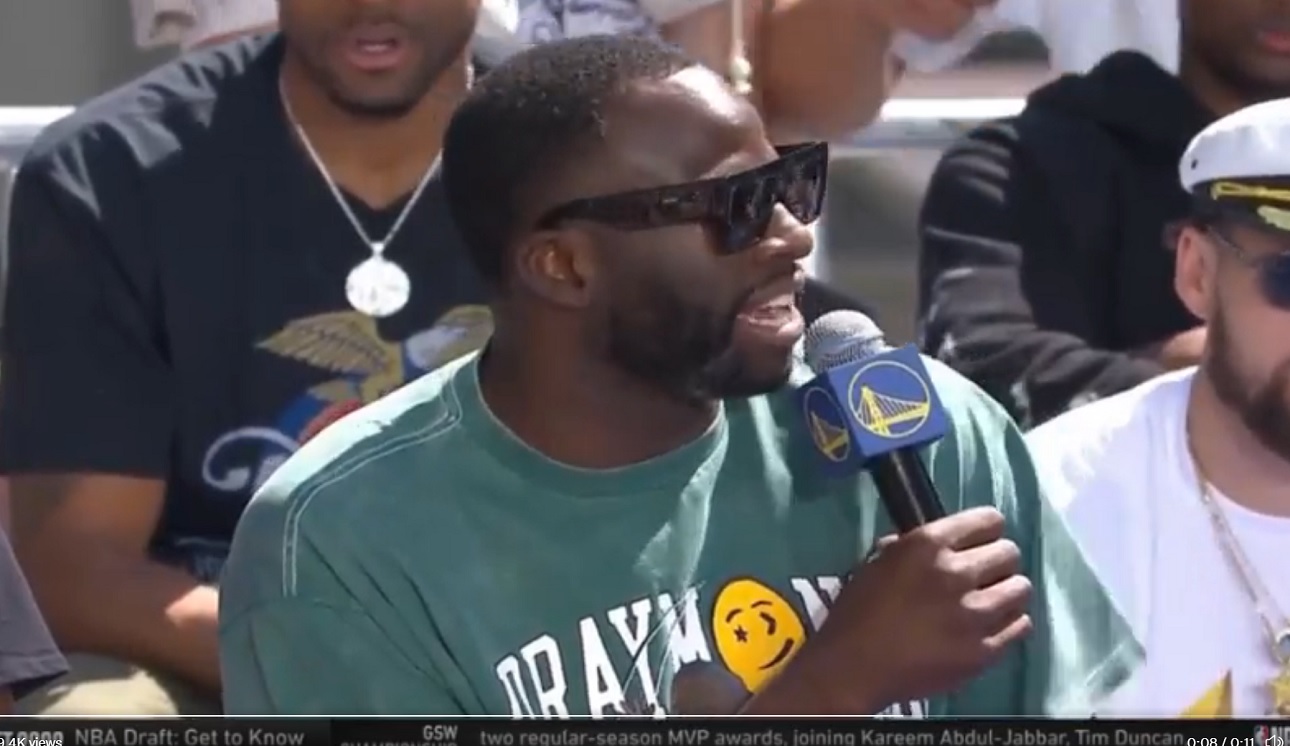 Draymond Green was unhinged as expected during the Warriors championship parade on Monday.

It didn’t take long for Green to stop his first f-bomb on live tv when the Warriors started their celebration in the city with speeches from players.

Draymond “I told y’all to not let us a win a fucking championship” pic.twitter.com/pBbe2OU5sx

"Thank you all and it's always fuck everyone else, I love yall"

Later on during the parade, Green once again made sure to drop the f-bomb while on live TV.

When he wasn’t cursing on live tv Draymond seemed like he was having the time of his life during the Warriors parade.

🗣️ Draymond Green has a message for the haterspic.twitter.com/A1ipz4AHz4

Draymond listening to "Big Rings" while holding the Larry O

Draymond really got off the bus and ordered ice cream 😭 pic.twitter.com/aliVEELviO

Draymond is having himself a day 🤣 pic.twitter.com/WQ4boqsVSQ