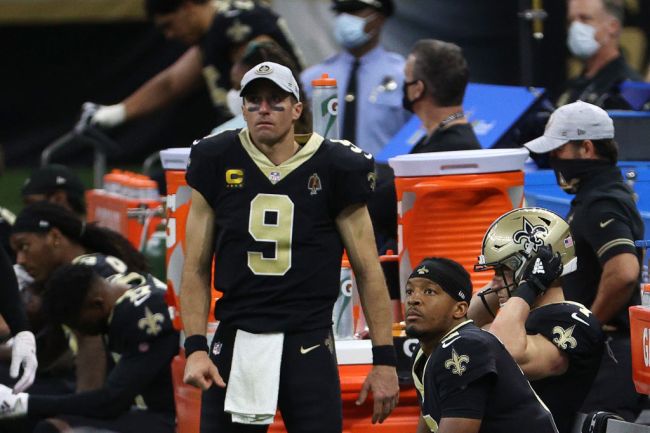 It doesn’t appear that Drew Brees is itching to come back to the field after Jameis Winston suffered a serious knee injury on Sunday.

During the second quarter of the Bucs-Saints game, Winston had to be carted off the field after falling awkwardly on his knee while getting tackled.

A look at the Jameis Winston injury…

After the game, Saints head coach Sean Payton revealed that Winston suffered a significant knee injury and could be out for the season.

During halftime of the Sunday Night Football game, Drew Brees quickly shot down any rumors that he was thinking of coming back to play for the Saints and reiterated that he plans to commentate the Notre Dame game next weekend.

The Saints may need a quarterback, but Drew Brees makes it clear he's staying put at NBC. https://t.co/rXcf1mFEcv