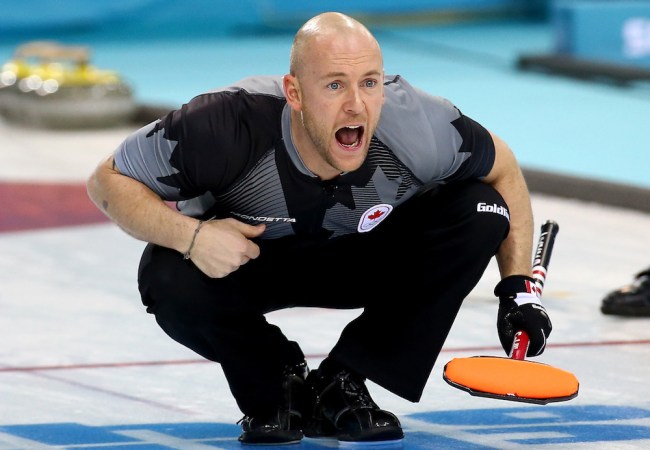 Every four years, the WInter Olympics roll around and cause me to spend a bit of time wondering how the hell people even started playing some of the featured sports in the first place.

It’s not super hard to get into skiing or snowboarding but I’d love to meet the kid who woke up one day and told his parents “I want to hurtle down a water slide covered in ice at 80 MPH when I grow up?”

I can only assume they have a natural-born urge to feel both the rhythm and the rhyme.

However, there are also sports whose mere existence I don’t entirely understand— like curling, or as some people refer to it: Minnesota shuffleboarding.

If you’re not familiar with the sport where people use brooms to sweep the ice in front of giant stones as they glide toward a target then this sentence just told you basically all you need to know about it.

Congratulations on being an expert.

Most people forget curling exists until the Winter Olympics come back but it’s popped up in the headlines in a big way this week thanks to the not so fun and cheeky shenanigans of a former Olympic champion and his squad.

Ryan Fry— who won a gold medal at Sochi in 2014— was competing in the Red Deer Curling Classic in Canada over the weekend with Jamie Koe, Chris Schille, and DJ Kidbyhe when the four guys decided it would be a good decision to make some bad decisions.

He and his teammates reportedly got hammered before taking the ice, where they broke brooms and dropped words you can only say on broadcast television after 10 P.M.

“the committee for the bonspiel collectively decided that we needed to remove them from the spiel for this year and what happens down the road, I'm not sure yet. “#cbccurl @cbcolympics

As for what curlers? Here’s Thurber’s response:

“I would say one player in particular might have been worse than the other three but it's kind of guilt by association and we had to remove the whole team not just one player.”#cbccurl @CBCOlympics

They even got shamed with a sign at the rink.

While I don’t condone this behavior, as someone who can barely stand on ice while sober, I have to say I’m a little bit impressed.