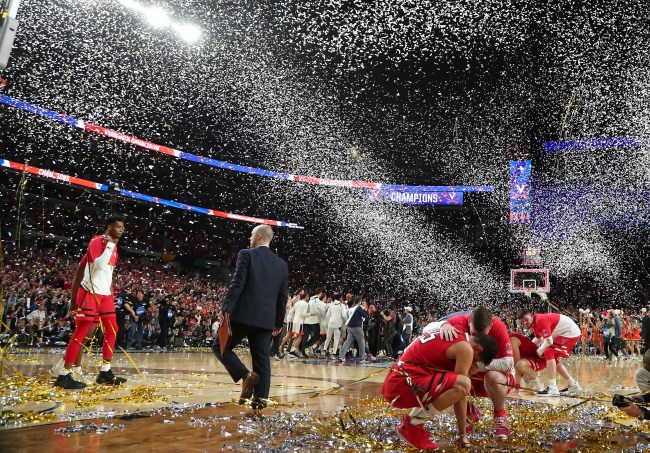 If you needed any more proof that March Madness is a total crapshoot and knowledge of basketball and analytics is futile, I present to you Mark Watts.

The Baltimore resident missed only seven picks–— three in the first round, three in the second, one in the Sweet 16. He correctly guessed the Final Four, the national championship, the and national champion, finishing with 179 out of 192 possible points. Not bad for a guy who didn’t study players or analyze matchups. He chalked up picking Auburn to reach the Final Four as nothing more than “luck.”

You’d think that someone who crushed the entire tournament would be closely monitoring his progress and potential to score a seven-figure payout.

Nope. Mark Watts was a.) rooting for the wrong team, and b.) ASLEEP during the national championship.

“So I’m actually not pulling for Virginia to win,” Watts told Yahoo Sports.

The reason for this is because he had a side bet with a longtime friend, who picked Virginia. The wager on the bet: $50. Yes, fifty dollars.

Watts said that he “glanced at my score every once in a while” over the first few days of the tournament, but after he noticed he missed a couple in the early rounds, he never considered he’d actually win.

After his win, it reportedly took multiple calls from Yahoo Sports employees for Watts to realize that the only bracket he filled out for the tournament was the golden ticket.

“This still feels surreal!” he wrote in a text. “It’s still hard to grasp.”