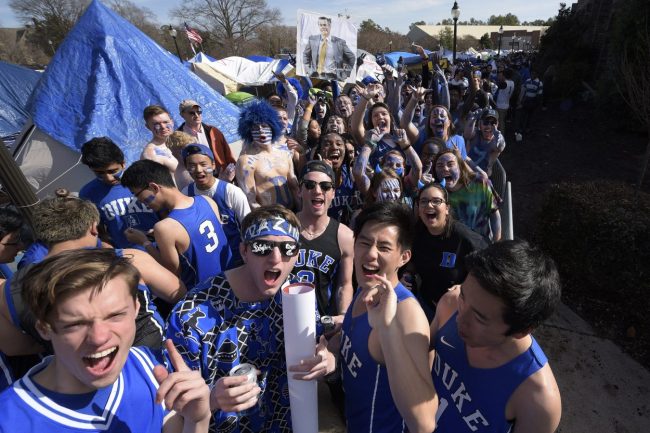 Duke basketball, love them or hate them, has one of the best environments in sports. The Cameron Crazies are known for their rowdy antics that often times can change the outcome of a game.

However, to get into the student section is not easy. Prior to games, students camp outside of the arena and entrance is awarded based on the spot and line and certain qualifications.

For example, the school requires (at least) two people to be in the tent at all times and there must be six people sleeping there at night. Those rules come on top of the fact that the students are braving the elements of North Carolina in the heart of winter.

They’ve got it down to a science at this point.

Well, this season, things are even more insane. Head basketball coach Mike Krzyzewski is set to retired at the end of the season after more than 40 years with the program.

As a result, everybody is trying to get into the student section for his final home game on March 5th. It also just so happens to come against deep-rooted rivals North Carolina.

Duke’s tenting season is set to begin on January 23rd this year. However, a record 174 tent groups registered and only 70 tents are able to camp out in ‘Kville.’

In turn, the school administered a test.

Duke literally gave students a test to determine who is allowed to camp out for entrance into a game that is more than a month away. Insanity.

The test was administered on Wednesday night and it brought quite the turnout.

This quiz had us stumped too!

To be successful on the test requires Duke students (and one guy wearing a Georgia Tech hoodie?) to be downright psychotic. It isn’t a test that asks about basketball knowledge.

Tenting groups were given 60 minutes to complete the test as a team. No cellphones, laptops or tablets were allowed.

Here are some of the most insane questions: 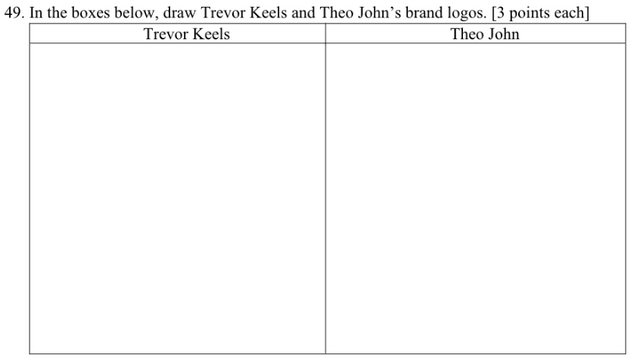 Look, I am all-for tenting. It’s awesome. There is no denying that Duke basketball has one of the best environments in the sport, if not all of sports.

I am all-for a test to determine who gets to tent. The biggest and most dedicated fans deserve to be in the arena.

But to ask who Theo John tagged in his most recent instagram post with his girlfriend is just ridiculous. To know that information off the top of your head is not cool. It’s super, super lame.

Anyone who just knows the date, month and year that Theo John’s dog was born is a loser. To know exactly what recruits were in the student section during the team’s preseason exhibition is not impressive, is a waste of mental disk space.

Some of the other questions on the test are totally reasonable. Even some of the most ridiculous ones, like knowing the team’s statistical leaders, is understandable.