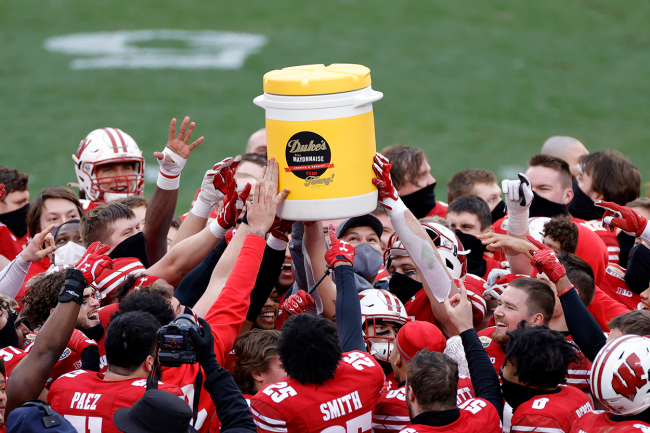 Last year’s Duke’s Mayo Bowl ended in incredibly disappointing fashion. Not necessarily for the winning team and its coach, but for everybody else, and it had nothing to do with the actual game itself.

Celebratory Gatorade baths have evolved during bowl season over the past few seasons. Depending on the game’s sponsor, anything from Frosted Flakes to french fries or Cheez-Its could get dumped on the winning coach.

Thus, when the first-ever ‘Duke’s Mayonnaise Bowl’ was played last year, there was high expectations for a mayonnaise bath. It did not happen and people were bummed.

Missed opportunity for a mayo bath in the Duke’s Mayo Bowl … pic.twitter.com/jA9YyXBkvG

Danny Morrison, the executive director of the bowl game, has made an interesting proposition. He began his announcement by apologizing for the lack of mayo bath last year.

It is unclear as to whether the bowl game will provide the mayonnaise, or if the schools will have to bring their own. Certainly, should the mayonnaise be provided, it would make the possibility of a bath more likely.

North Carolina and South Carolina are scheduled to play in this year’s game. It will be held on Thursday, Dec. 30th. Depending on who wins, it seems to be possible that either Mack Brown or Shane Beamer could have the creamy egg-based dressing dumped over their heads.

Should it not happen, the winning team would be denying a $10,000 donation to charity. Seems selfish if it doesn’t happen.