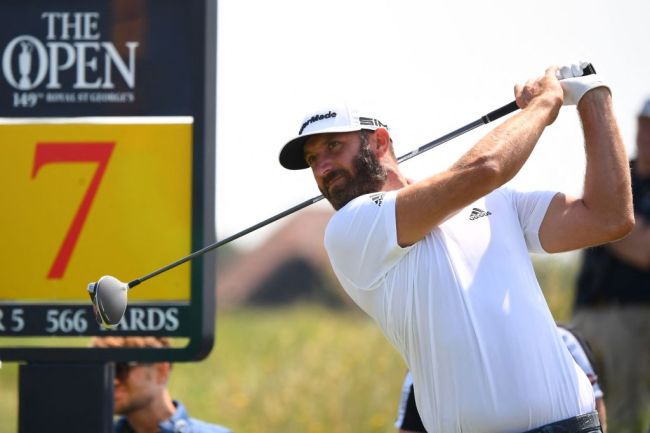 Each and every year the Open rolls around, people (mostly Americans) argue about whether or not calling the tournament ‘The British Open’ is acceptable. It’s one of those debates that will never die off and something that does set off a certain number of people online.

Thankfully, Dustin Johnson is here to settle that debate.

A reporter during Wednesday’s press conference ahead of this week’s event at Royal St. George’s asked DJ what he calls the tournament. Here’s how that conversation went down:

Reporter: “DJ, what did you call this tournament when you were young?”

DJ: “Growing up it was the British Open, now I call it The Open.”

Reporter: “Why did you change?”

Johnson truly is an artist with words.

DJ says he used to call it the British Open, but calls it The Open now “because that’s the name of it.”

So there you have it. pic.twitter.com/dl3yIzmAz5

Johnson’s opinion and experience when it comes to what to call the tournament probably resonates with most out there.

Personally, my opinion is a bit different than DJ’s. I tweeted it out at the beginning of the week, and I still stand by it, but the vast majority of Americans call the tournament ‘The British Open.’ The only time we refer to it as ‘The Open’ is when we’re actually writing it out, whether it be on social media or in print form.

The vast majority of Americans call it ‘The British Open,’ the only time we call it ‘The Open’ is in print and on social because that’s technically the correct name and we don’t want to get yelled at.

If you’re American and argue with this, you’re lying to yourself.

What’s The Real Name Of The Open?

Or, you can continue to call it The British Open, enrage some golf nerds online, and go about your business enjoying the golf.