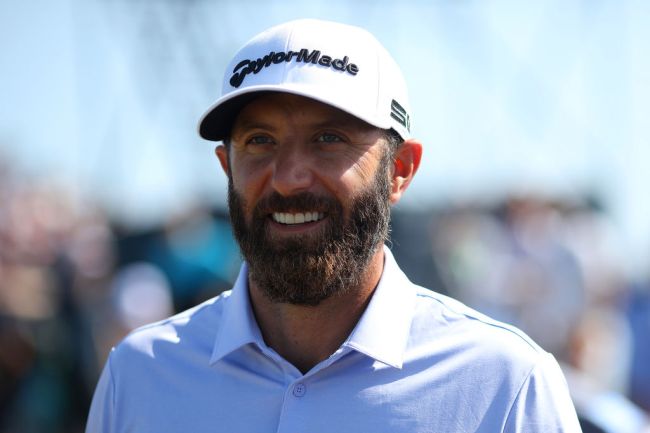 We must protect Dustin Johnson at all costs. Sure, he’s one of the best golfers on the planet and can do unthinkable things with a golf club in his hands, but that’s not what he’s best at. DJ is the best at interviews.

Saying Johnson is good at interviews is a controversial statement. Some golf fans and media members think he’s boring or stale, but at the end of the day, he’s honest and doesn’t try to be someone he’s not. We saw yet another example of DJ being DJ during his press conference on Wednesday ahead of this week’s Northern Trust at Liberty National.

Johnson recently earned his spot on the U.S. Ryder Cup team, so the event was a topic of conversation during the press conference. Here’s the question, followed by DJ’s answer:

Q: Dustin, you got qualified for your fifth Ryder Cup team. I’m curious, when you think of guys who have excelled in that kind of event, whether they be Europeans, Poulter or Sergio, or American guys, what are the qualities of players who seem to excel in the Ryder Cup? What does it take to play well that week?

Johnson: Golf, as we all know, is a very frustrating and difficult game, but the Ryder Cup, it’s match play. It’s a lot different because you know you’re not out there just playing for yourself. You’re playing for, obviously, your teammates, your captains, your country. So it’s a little bit different of feelings out there.

But as far as why people play good and some don’t, it’s a golf tournament pretty much. So we’re out there playing golf. It’s whichever guys have their game that week are the ones that are going to play well and win their matches. You’ve got to get a little lucky too because sometimes if you’re playing every match or four matches, most likely you’re going to be a little bit off in one of them, and that’s the one where you need, obviously, a little help from the other side.