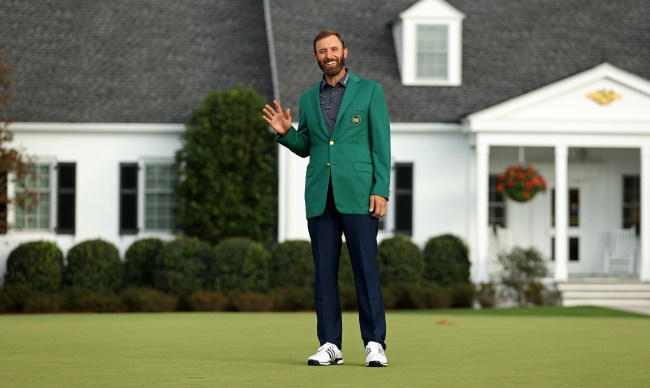 Dustin Johnson had an incredible week in Augusta, Ga. and won The Masters by five-strokes on Sunday. In typical D.J. fashion, his dominance flew somewhat under the radar and the lack of fanfare continued onto the 18th green, where he made his second major tournament win official.

After winning the biggest tournament in golf, we’ve seen quite a few emotional reactions over the years and most recently, we saw Tiger Woods moved to tears with a big fist pump to pump up the crowd in 2019. And that was his fifth victory.

One of the most iconic photos from the tournament’s history came from Phil Mickelson’s first win, when he jumped in jubilation with both hands raised above his head. 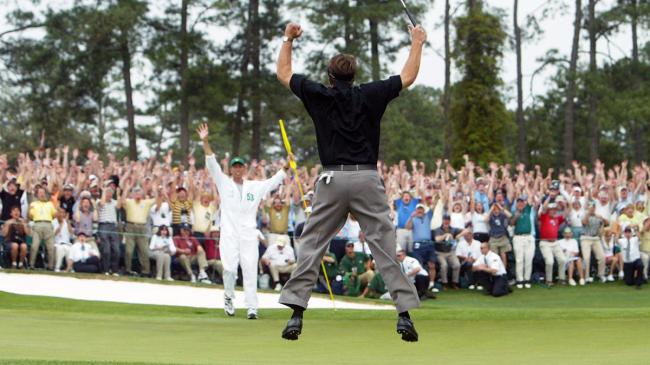 It was not quite the same celebration from Johnson on Sunday. Sure, there weren’t any fans in attendance, and yes, D.J. isn’t known for his expressive personality, but he won his first Masters and hardly cracked a smile. The celebration will undoubtedly continue in grander fashion beyond the golf course, but you never would have known that the stoic Coastal Carolina alumnus won arguably the biggest tournament in sports. His brother, who carried his bag all week, couldn’t hold in his emotion and was moved to tears. It was a really special moment, but Johnson still held it together.

Dustin Johnson didn’t show any emotion after winning the Masters by 5 (no biggie), but his brother and caddie Austin did. Awesome moment.pic.twitter.com/qkJGZ7GWcM

Even his fiancée, Paulina Gretzky, was tearing up.

Present sure on the hot mic, Paulina and Dustin were talking about tearing up. Paulina said she did too. And DJ responded, “cool.” pic.twitter.com/VmwJ4kBnm7

After seemingly holding it together through the victory, through the green jacket presentation and post-round photos, Johnson finally let the moment catch up with him. The man who shows no emotion let his emotions show.

Winning the Masters is a dream come true for Dustin Johnson. pic.twitter.com/2gGJ9HuMSJ

It’s been a long road for Johnson. He has had many major championships escape him down the stretch, but maybe the unique, quiet Masters setting was exactly what he needed. Let the party begin.