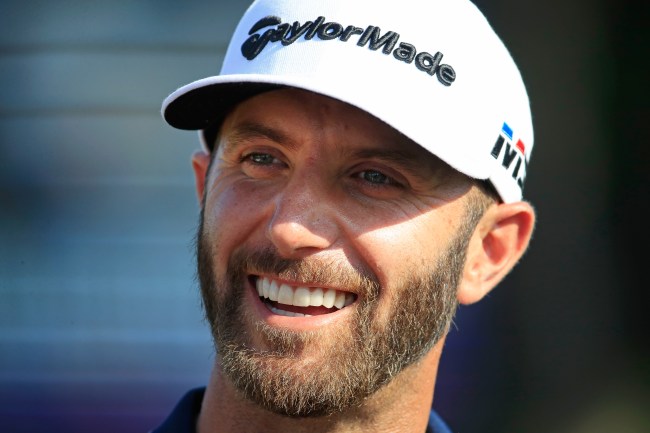 Dustin Johnson, the husband of Paulina Gretzky, regained golf‘s world #1 ranking on Sunday by winning the FedEx St. Jude Classic in Memphis, Tennessee and he did it by pulling off one of the most spectacular finishes in the history of the PGA tour.

Yesterday afternoon, I was sitting in a log cabin lake house in upstate New York watching Dustin Johnson finish up on 18 with my dad and uncle and it was CLEAR that Dustin was going to win. He had a multi-stroke lead over the field and was dialed in. What wasn’t clear is that Dustin Johnson was going to hit one of the best shots of his entire career. He smashed a 9-iron from 171 yards out on the 18th hole for a walk-off win, an eagle, and an absolutely roaring applause from the crowd. I’m not sure we’ll ever see another golfer on the PGA Tour hit a walk-off win like this:

Naturally, the golf world reacted in astonishment after Dustin Johnson hit the walk-off eagle and finished six strokes ahead of Putnam:

I’ve never even holed out from further than 50 yards. But I’m also not a professional golfer and don’t possess even a fraction of the talent on the golf course that Dustin Johnson does. By hitting that walk-off eagle and winning the 2018 FedEx St. Jude Classic, DJ won $1,188,000 for first place and heads into this week’s U.S. Open at Shinnecock Hills completely dialed in.