Dusty Baker’s Son Darren, Of World Series Bat Boy Fame, Was Drafted Into The MLB And We Are Officially Ancient 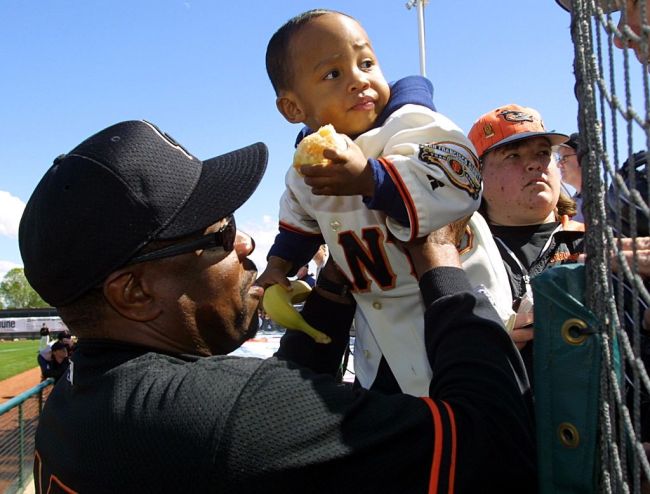 Whether you were alive in 2002 or not — if you’re a baseball fan — you’ve probably seen the clip from the 2002 World Series. Dusty Baker’s son Darren (two years old at the time) was a little preemptive in his bat boy duties and nearly ended up at the bottom of an ugly collision.

Former San Francisco first baseman J.T. Snow had to swoop in and scoop him up by the dish.

Darren, who is now 22, was drafted by the Washington Nationals in the 10th round of the MLB Draft on Monday night. He played four years at the University of California Berkeley and made quite the name for himself.

The @Nationals have selected @DarrenBaker_2 in the 10th round of the #MLBDraft! pic.twitter.com/VLppgAxEEk

It is fairly common for MLB organizations to draft the manager’s son in the later rounds out of courtesy. That was the case in 2017 when Dusty was coaching the Nationals. His son was selected right out of high school in the 27th round.

Despite the late-round flier, it was always certain that Darren was going to college. He has since made himself into a legitimate prospect and his 293rd overall selection (which is relatively early in baseball) had nothing to do with nepotism.

Baseball America ranked Baker the No. 187 prospect in the 2021 draft class. It’s easy to see why.

You can tell he’s nice with it

Double by DB. 😎@DarrenBaker_2 has reached base safely in 38 consecutive games. pic.twitter.com/7OHPP0NSpo

Dusty Baker’s son @DarrenBaker_2 shows off an impressive 4.11 run time to 1st base, putting pressure on the defense who failed to field the hall cleanly. Baker is still only a sophomore, batting leadoff for Cal. pic.twitter.com/lJTqOyecG4

He can play up the middle.

Is it possible to win a Gold Glove without using a glove?? Asking for a friend … @DarrenBaker_2 👀👀 pic.twitter.com/gDKSYLi5oK

And he does ridiculous things all over the field.

Darren is a very different player than his power-hitting father, who is now coaching in Houston, but there is no doubt that he is legit. He’s come a long way in the last 19 years.

You can hear Snow’s recount of his Darren-saving scoop here:

We are officially old.