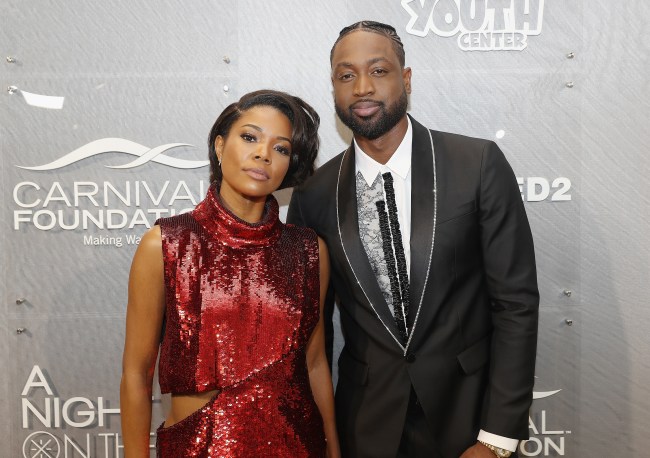 Last night former Celtics forward Paul Pierce drew the ire of NBA Twitter after he proclaimed that he was a better player than Dwyane Wade during a segment on ESPN’s NBA pre-game show .


Michelle Beadle: Who is the better player you or Dwyane Wade?

Paul Pierce says he was a better player than Dwyane Wade, would have won 5-6 championsips "easy" if he played with Shaq/ LeBron pic.twitter.com/JwvS0tHpy8

How’s your nickname “The Truth” and you staying lying on TV😂 https://t.co/xX60m9LOln

Wade found the whole thing amusing and fired back on Twitter with a few funny tweets of his own.

You said it better than i could. https://t.co/5LhKnHW9xX

Once again you said it better than i could! https://t.co/Qk4v0nQ70O

Wade;s wife, Gabrielle Union, wasn’t too thrilled about Pierce trying to compare himself to Wade just to make himself look better on TV.

This @paulpierce34 thing is wrong on many obvious levels but what I find most troublesome is this idea of a man trying to diminish another man that looks like him, was raised like him, in order to shine a tad brighter. Shit isnt entertaining, it's sad. ❤ & 💡good people.

We do not have to buy into the notion that there is only so much love, attention, resources, opportunities, respect to go around. This scarcity mindset is a trap. It keeps us all fighting amongst ourselves. Reject that shit.

Players debating their place in history has always been a tradition among great players, so I don’t see this debate between Pierce and EWade as a big deal.