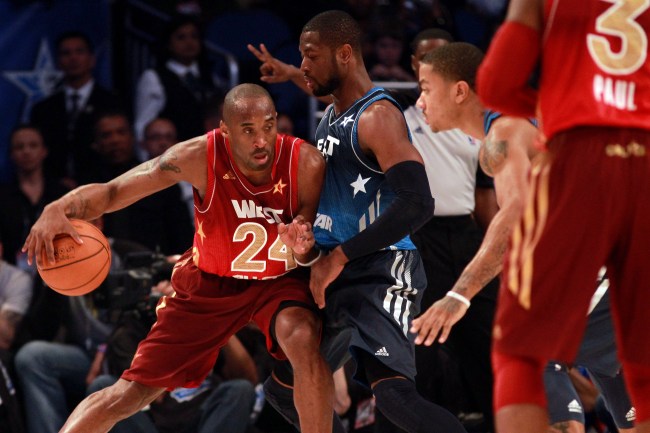 Back in the 2012 NBA All-Star game in Orlando, Miami Heat guard Dwyane Wade famously broke Kobe Bryant’s nose with a hard foul as Bryant tried to pass him for a layup.

Before tonight’s All-Star game, Wade sat down with Kevin Garnett and discusses Kobe’s reaction to the hard foul and his reaction is classic psycho Kobe.

Me and Kob’ got into a little tussle in the All-Star Game, and I ended up hitting him the wrong way and breaking his nose. … So after the All-Star break, we got the Lakers about three games after the break … I call him, not maliciously. I didn’t maliciously do it. I called him and said ‘Yo Kob” and he was like ‘Bro, I love it.’ I’m like [taken aback.] He’s like ‘I love it. I’ll see you in a couple days.’ And I’m like ‘Oh snap.’ And he gave it to me, too, boy.”

Twitter used Kobe’s Wade story as evidence that Kobe has more of a “killer instinct” than LeBron.

There no one better than Kobe

Better than LeBron, no other player got this killer mentality