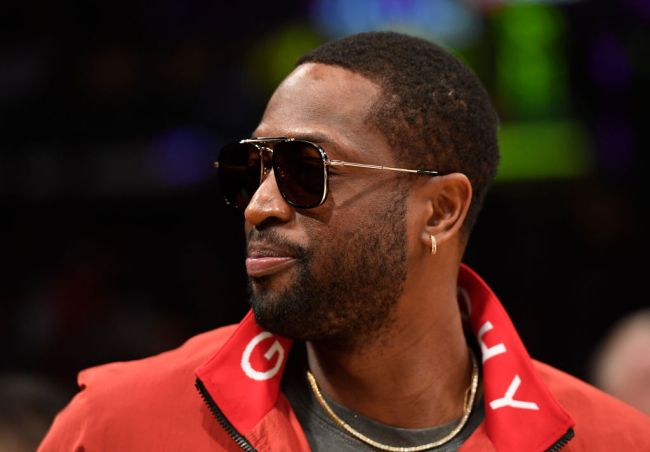 A couple on Rosewood Miramar Beach in Santa Barbara, California got more than they could have hoped for on what will most likely be a day they will never forget. Dwyane Wade, Miami Heat legend and three-time NBA champion had a front-row seat to a guy proposing to his soon to be wife on the beach of California. Wade photobombed the shot that is making is currently making its way around the internet.

Even if this girl had any desire to deny the marriage request here, how can she say no with a future first-ballot Hall of Famer right there behind them? Do you think this guy saw Wade coming from a distance and dropped to his knee accordingly to make sure Wade was in the shot? I know I sure as hell would. It is almost too good to be true. And can we take a second to look into the reaction out of Wade? The Chicago native let the sensitive side of him really show here as he looks happier than the couple is.

Outside of maybe Charles Barkley or Shaq, I can’t think of a better retired NBA star to have photobomb a proposal. Wade reposted the series of photos on his Instagram story writing, “It was so dope to witness you guys love!”

I am not sure if that was a grammar error there or if the couple really started making love there right on the scene in front of Wade but regardless, what an incredible story and moment. Time will tell if Wade ends up being invited to the wedding but a definite missed opportunity if he is not.