Dwyane Wade Gets A+ Tribute Video From Budweiser, So You Might Want To Grab Some Tissues Before Watching 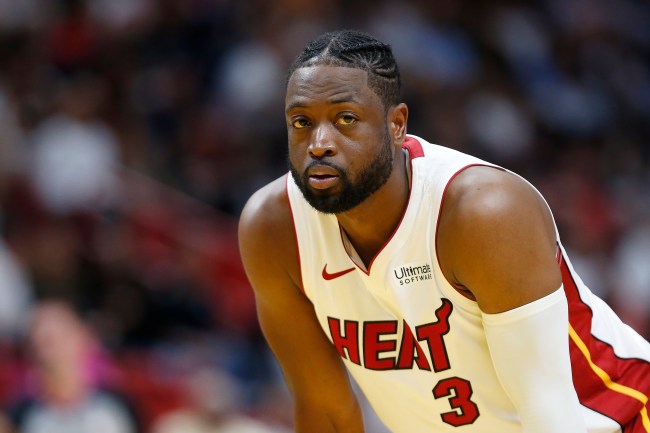 Dwyane Wade is one of the best basketball players of his generation. Although the Miami Heat star and future Hall of Famer never won an NBA Most Valuable Player Award, he served as the face of South Beach’s basketball scene for over a decade, winning three championships during his illustrious career with the Heat.

But Dwyane Wade is more than just a basketball player, as he’s helped millions of people thanks to his play and off-the-court work, whether he knows it or not. And, in preparation of his last ever NBA game against the Philadelphia 76ers, Budweiser did something really special for D-Wade by giving him a unique tribute video that features five people whom Wade helped off the basketball court — which even includes his own mom.

Throughout this final season for Dwyane Wade, the Heat star’s been swapping jerseys with other players, which has sort of become a customary goodbye and thank you for what Wade’s done in his career. It’s sort of the ultimate sign of respect. Playing off that, Budweiser brought in the five people to swap gift with Wade — which are all situations they felt he helped them with. Go grab some tissues, guys, because this is awesome.

If you’re tearing up, good, it means you’re human. This video is awesome, and so well done that it’s hard not to get a little choked up at the angle Budweiser took to honor Dwyane Wade in a way that others may not have thought about.

But, man, that part when his mom comes in, that’s when Niagara Falls happened to me, with Wade’s mother admitting to her son that he saved her from a dark path she was going down.

“You were the joy of my life, but I was dropping the ball,” she says in the video, referring to her dark past. “Your mama went down a road, Dywane, that I didn’t ever think I’d come back from. But on that road, I noticed you kept showing up,” Jolinda recalls before gifting him with a purple robe he once gave to her. “Purple symbolize royalty. And you are royalty in everybody’s life that you have touched,” she says.

After seeing the ad, even Dwyane Wade’s wife, actress Gabrielle Union, approved — and admits that she couldn’t hold back tears either. Pretty cool all around.

Bigger Than Basketball. So much bigger than basketball. Man, this captures so much of what @DwyaneWade means to people. I'm also bawling. Watch and RT #OneLastDance https://t.co/2dFUS2424n

The Budweiser ad closes with Dwyane Wade’s mom reminding him that he’s “bigger than basketball,” admitting that she’s more proud of him for the man he’s become than anything he did on the basketball court. It’s a good reminder that athletes might be incredible at a sport, but they give back so much to other people whether they mean to or not. And, for Dwyane Wade, this tribute video is a perfect way for people to remember all the things he did as a basketball player, so here’s to whatever comes next for the three-time NBA champ.