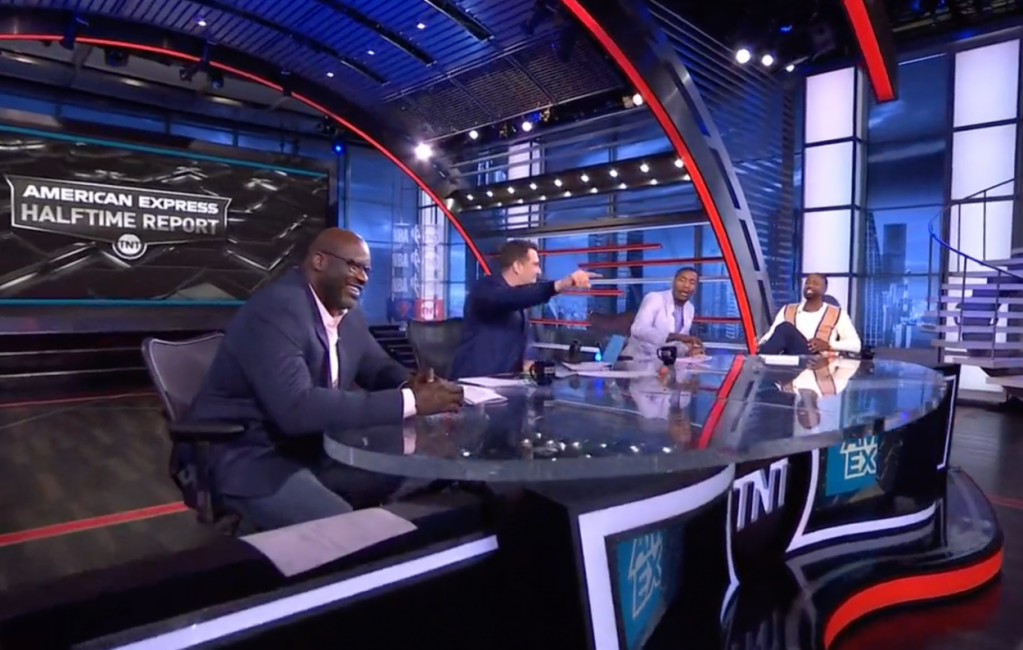 It seems like every time I forget to watch NBA on TNT on Thursdays, something good happens. I called it a night early on Thursday and boom, Jamal Crawford smashes a camera while Shaq and Dwyane Wade have perfect reactions caught on film.

If I was a smarter man I’d set my DVR every Thursday but thankfully for me, and all of you readers out there, the NBA on TNT shares all of their newsworthy viral clips on Twitter. So we can watch and rewatch Jamal Crawford smash a camera while Shaq and DWade react…and then we can watch it again.

This went down while the crew was having a little friendly shootaround. Dwyane Wade popped his shirt off. The NBA’s all-time leader in four-point plays, Jamal Crawford, was feeling his shot and then bang. Glass shattered. I have no idea how much that glass costs to replace but the cameras themselves are a quarter of a million dollars (or more). There is at the top of Google that says the ‘broadcast camera lenses’ on TV cameras can cost $200,000 too! This was definitely an expensive mistake.

The crew had a shootout and @JCrossover broke one of the cameras 😬 pic.twitter.com/5FNfhPymkD

Let’s take a closer look at those reactions from Shaq and Dwyane Wade after Jamal Crawford smashed the camera after a wayward bounce. Everything about these close-up reactions is perfect. 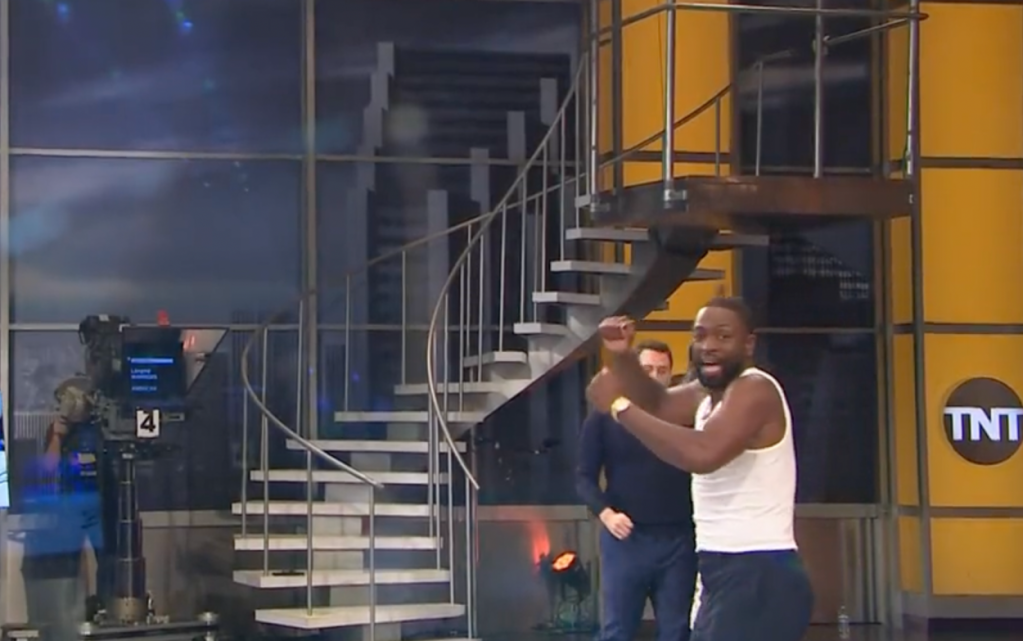 Shaq and D-Wade react at the same time 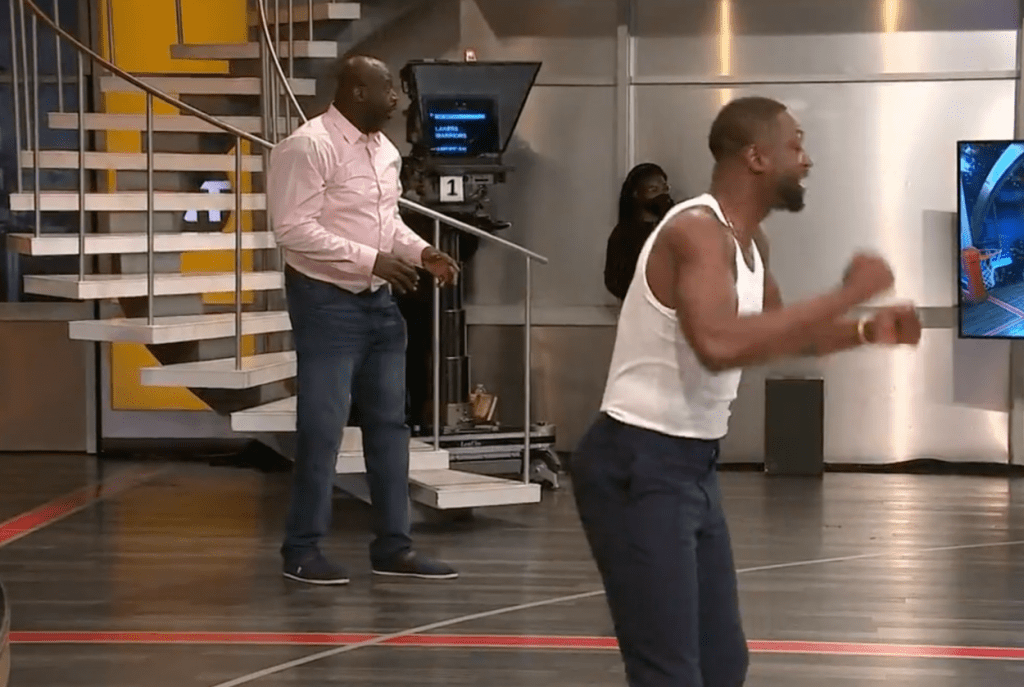 Shaq immediatley throwing his boy Jamal Crawford under the bus 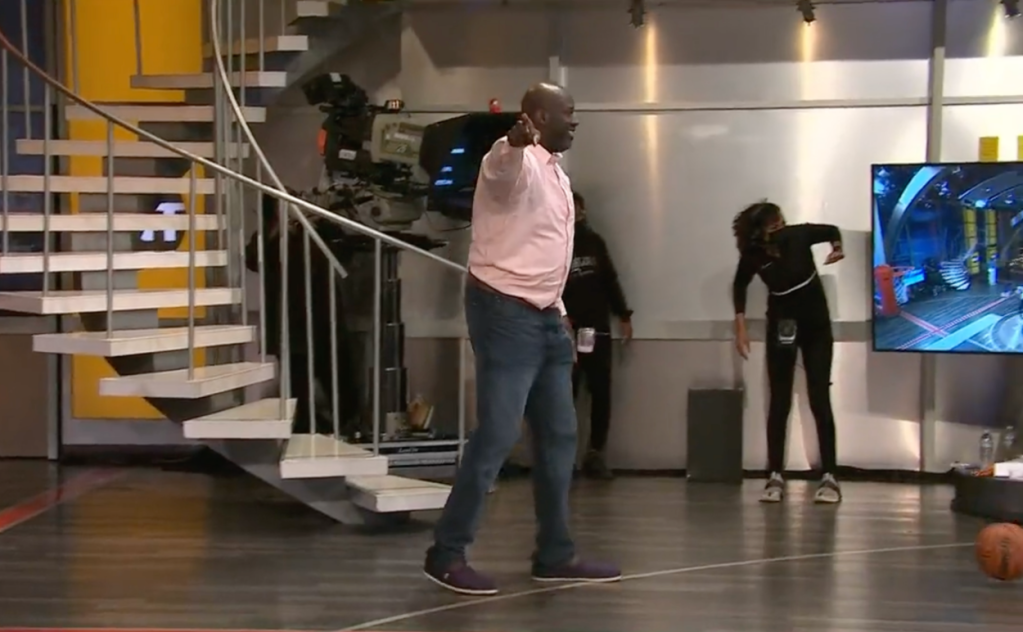 I think we all need to take a moment and recognize that Shaq’s first reaction here was to point his finger at Jamal Crawford so everyone knew who to blame. Shaq sold his boy out so fast it’s comical.