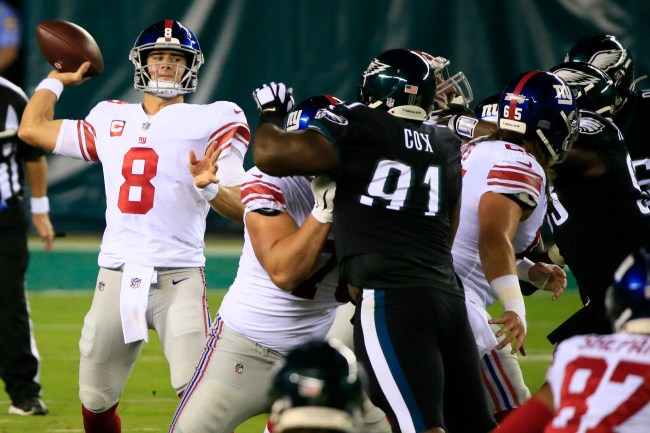 Most of the nation was tuned in to the final 2020 Presidential debate before the election on Thursday night but one football fan was not going to miss out on the NFC East matchup between the Giants and the Eagles on Thursday Night Football.

While the debate was ongoing Washington Post photojournalist Salwan Georges shared a photo of what people were watching during a packed Delta flight headed towards Washington D.C.

People immediately noticed there was one lone football fan on the flight watching the Thursday night football game instead of the debate.

Respect to that one guy watching the Eagles. Might be just about as depressing though. https://t.co/nIsmicWNYa

And then there’s that guy on the left watching Thursday Night Football 🤣 https://t.co/4B2sLzKvxR

I’m not sure if the football fan was better off watching the football game over the election considering how terrible it was but at least he got to see Daniel Jones’ getting tackled by a ghost.