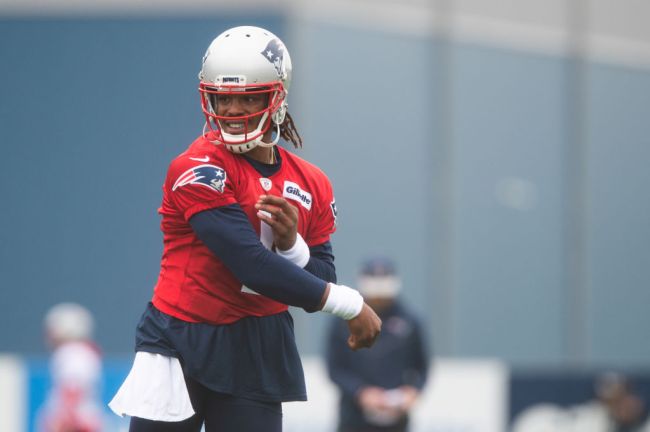 The Philadelphia Eagles and New England Patriots have been practicing with one another this week ahead of their preseason matchup in Philadelphia on Thursday night. As a result, trash-talking has ensued between the two squads and on Tuesday, Cam Newton was on the receiving end.

Newton, who is known to hit the check-down play more often than not, made passes to Patriots running backs on consecutive plays. Eagles safety K’Von Wallace reacted accordingly by calling him the ‘checkdown king.’

Then, on the very next play, Wallace shouted from the sideline for his teammates to watch the running back. Newton proceeded to check a pass down the running back almost on queue, according to Mike Kaye of NJ.com.

K’Von Wallace yells at QB Cam Newton, “Checkdown king!” after back to back dump offs to RBs in 7 on 7. Next play, Wallace yells “running back!” On cue, Newton to White in the flat. #Eagles

Kaye caught up with Wallace after practice ended, but the second-year player out of Clemson didn’t want to harp on his trolling too much.

There you have it, Wallace was simply calling it like he was seeing it. Newton continued to throw checkdowns and Wallace tried to get in his head, that’s just some well-mannered trash talk.