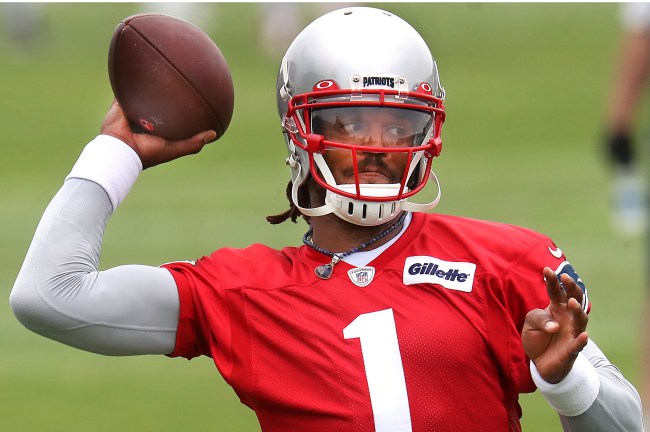 Despite criticism from fans, Bill Belichick is still high on Cam Newton.

On Monday afternoon, a video went viral on the Internet showing Newton overthrowing a few short passes in practice.

Despite how bad Newton looked in the video, Belichick felt Cam has made progress and was way ahead of where he was with the team this time last year.

“Well, Cam’s way ahead of where he was last year at this time, there’s no question about that,” Patriots head coach Bill Belichick said Tuesday. “As you would expect, he has a good year of experience under his belt, he’s able to start the process at the beginning and not being in catch-up mode like he was last year. He was really just starting at this point last season.

“He’s well ahead of that just from the year of experience and from the succession of building blocks he’s been able to stack up like all of the players had that have been here since the start of the OTA and the offseason program back in April — that they’ve been able to stack those days and those learning experiences together. They ask questions on things they need clarification on and build to the next level when they’re ready to put another brick on the pile. So, that’s good for all of us, good for Cam, good for all the players who go through that process.”

It is worth noting that Newton recently injured his hand which probably affected his play in practice.