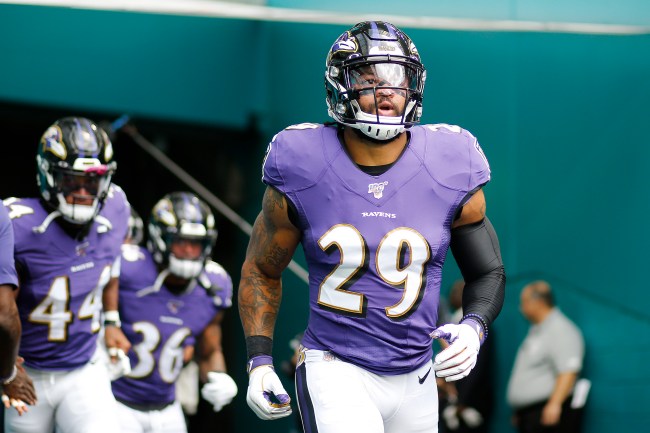 Earl Thomas and his brother Seth were involved in a scandalous story and their old tweets aren’t helping them right now.

On Wednesday night, TMZ released a wild story on how Earl’s wife Nina pointed a gun to her husband’s head after she busted him in bed with his brother and a group of women.

Nina claims she grabbed Earl’s pistol, a 9mm Berreta, in the process with the intention to “scare him.”

When the women arrived at the house, they “discovered Earl and Seth naked in bed with other women.”

That’s when Nina admits she pulled out the gun and put it to Earl’s head — stating “that she took out the magazine thinking that the gun could not fire.” But, cops say Nina was “unaware that the gun had a round in the chamber.”

Cops say one of the women in the house shot cell phone video of the incident … which they say shows Nina pointing the gun at Earl’s head “from less than a foot away and it can clearly be seen that Nina’s finger was on the trigger and the safety is disengaged.”

Immediately after the story went live on TMZ the Internet began finding old tweets from both Earl and Seth that didn’t age well.

Earl Thomas’ wife put this tweet to the test pic.twitter.com/Rl1S0jVpo4

Earl Thomas: “Uh…what are you doing here? And what’s in your pants?”

Earl and Seth Thomas now have a tweet for everything right now.

2020 continues to be absolutely wild. https://t.co/GU8tzbahFO

earl thomas and seth thomas – a story in 4 parts pic.twitter.com/FoDDQQwVQ8

Seth Thomas eventually had to lock his account due to people continuing to comment on his posts.