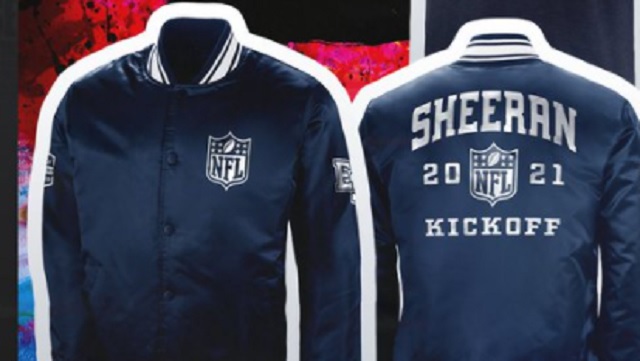 Pop star Ed Sheeran and the NFL have teamed up for a collab that has left fans scratching their hands.

Earlier this week, the NFL announced Sheeran was going to be the main performer for the league’s big concert leading up to Thursday’s opening game between the Bucs and the Cowboys.

The NFL took their collaboration with Ed Sheeran to the next level with a bizarre merch drop.

Fans immediately roasted the NFL over their latest marketing ploy.

Lmao hell yeah nothing gets me ready for football quite like a little Ed Sheeran. https://t.co/GpQaRkz57v

I ask this sincerely: do you know anyone who would buy something like this? Anyone? https://t.co/fqRC4LDrB4

If you buy this you're a fed https://t.co/e0Jwl0YMVk

Who is buying this? https://t.co/uEsbSRbnZI

finally a product for the large crossover market of die hard nfl fans who can’t help but sing their heart out to thinking out loud https://t.co/ky63QIs3LT