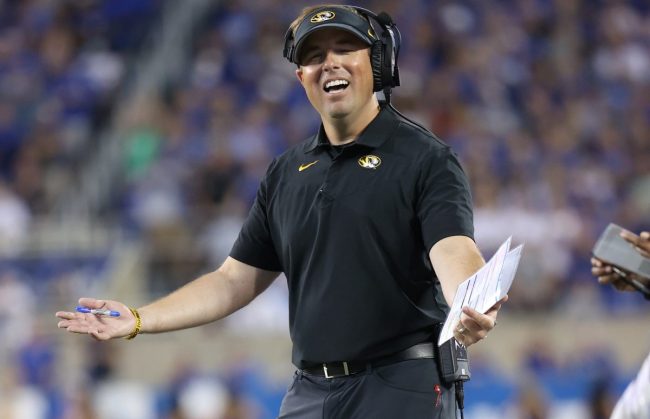 Pruitt is accused of impermissible recruiting practices dating back to his time at the helm.

In a notice of allegations presented Friday to the university, the NCAA lists 18 violations and almost $60,000 of cash or gifts provided to players and their families by Pruitt, his wife and numerous coaches, recruiting staff and at least one booster.

The NCAA contends Pruitt and his staff gave players cash and gifts throughout his tenure with the Vols from 2018-21. And it says that his wife, Casey Pruitt, paid more than $15,000 in rent and car payments for a Tennessee player and his mother over 2½ years.

All 18 violations are Level I, the most serious in the NCAA’s four-level infractions structure.

Not only was he involved, but his wife, Casey, was also among those reported. Casey Pruitt previously worked in the compliance office at Florida State, making her actions that more egregious.

Tennessee cooperated with the NCAA, and none of the coaches or families involved work for the football program any longer. Still, there will likely be a punishment handed down.

On Wednesday, coach Drinkwitz took a moment to comment on that punishment in an interview.

Eli Drinkwitz made an appearance on the Jim Rome Show Wednesday, and he wasted no time in throwing shade at Tennessee.

“I thought you were going to introduce my record, but with the latest allegations, let’s hold up on what my record is because I expect them to vacate some wins, and that’s going to help my record a little bit.”

Drinkwitz is 0-2 against Tennessee, with neither game being particularly close. His Tigers have been outscored 97-36 in those two contests, including a brutal 62-24 beatdown last year at home.

But with the scandal brewing in Knoxville, those losses could soon be erased on paper.

Drinkwitz then continued with his annihilation of his SEC rival on the air. He joked about the fact that Jeremy Pruitt’s wife was involved.

“I’ve got to question my wife’s commitment to winning. I don’t know how much she’s committed if she’s not engaging in some of these things. I didn’t know that was fair play.

“It was a little bit surprising to see the in-depth nature of what was going on there. But I am sure glad that Tennessee was taking some ownership of it. We’ll see what the results are.”

Harsh words from coach Drink. Hopefully he’ll be able to back the trash talk up on the field in 2022 and land his first win over the Vols.