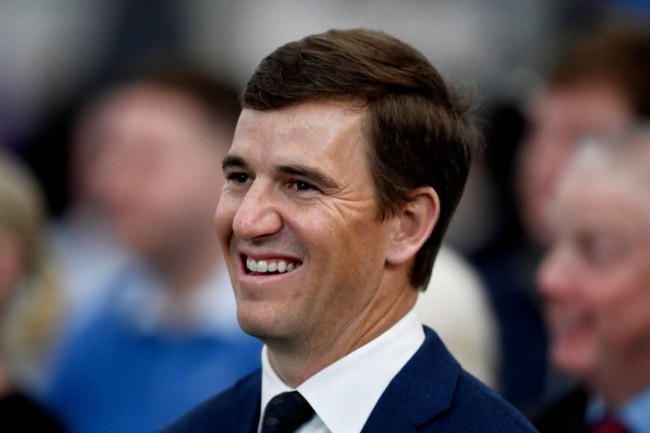 Eli Manning is four years younger than his brother, Peyton Manning, so you would assume that he would be the bigger text message guy between the two. That’s not the case, not even close.

Maybe the biggest texter in the Manning family though? Peyton and Eli’s dad, 72-year-old Archie Manning.

“He texts more than a 13-year-old girl,” Eli said about his father, Archie. “

“When we’re together when we’re sitting at the dinner table — in our household, we kind of have a no phones, no iPads rule; that’s a little time when we can try to get together a little bit — my dad’s there on his phone the whole time. ‘Aw sorry, I’m texting Trevor Lawrence,’” Eli explained, per Ryan Glasspiegel of the New York Post.

On the topic of texting with the Mannings, Andersen brought up the fact that Peyton is no better than Archie. He explained that whenever he shoots Peyton a message, all he gets back are emojis as the reply.

Eli said he gets the same treatment from his older brother.

The two-time Super Bowl champ threw his brother under the bus even more so by outing him as a voice memo text guy as well.

“And now, if he has something to say — if it’s too long to text and he actually has to use words or write a sentence — he doesn’t text that anymore. He leaves a voice memo. So he texts you what he wants to say, but he doesn’t actually have a conversation,” Eli said.